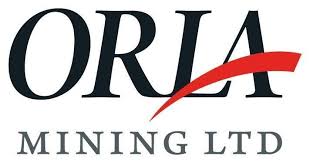 (All amounts are in U.S. dollars unless otherwise stated)

“In our first quarter since achieving commercial production, Camino Rojo continued to demonstrate its unique status as a very low-cost, cash generating operation. We continue to deliver on our operating and development milestones, and we are on track to achieving 2022 guidance,” said Jason Simpson, President and Chief Executive Officer of Orla. “We look forward to closing the acquisition of Gold Standard and deploying our growing financial resources in the advancement of the South Railroad Project in Nevada.”

During the quarter, site activities were focused on mining and processing operations. Commercial production at Camino Rojo was declared effective April 1, 2022.

Camino Rojo produced 25,672 ounces of gold in the second quarter of 2022. The average daily stacking throughput for the quarter was above design capacity at 18,245 tonnes per day. Mining rates have steadily increased averaging 36,760 tonnes per day in the second quarter. Mined ore tonnes are reconciling well to the block model and process recoveries to date are in line with the metallurgical recovery model.

During the quarter, the Company provided a summary of Phase 1 metallurgical test results on its Camino Rojo sulphide deposit, located in Zacatecas, Mexico2.

The Phase 1 metallurgical program has greatly increased Orla’s understanding of metallurgical characteristics of Camino Rojo Sulphides and appears to open up multiple processing options for the Camino Rojo Sulphides relative to what was suggested by previous work. The results confirm potential for a standalone processing option for the Camino Rojo Sulphides. The Company continues to work towards determining the optimal development plan with the goal of generating the greatest value for stakeholders. The metallurgical recoveries and geometallurgical zones will be used to determine new cut-off grades for open pit and underground mine designs. The respective mine designs will be used to support an updated sulphide mineral resource estimate, which is currently in progress, and will form the basis of a Preliminary Economic Assessment (the “PEA”) on the Sulphide Project targeted for end of year 2022. Work planned in 2022 includes the following:

At Camino Rojo in Mexico, near-mine and regional exploration in 2022 is focused on increasing oxide reserves, supporting advancement of the sulphide deposit development scenario options, and testing priority targets defined in 2021 in an effort to make new satellite discoveries. Near-mine work will include oxide resource drilling on the Fresnillo layback area, a Phase 2 infill drill program on the Sulphides deposit to support an updated resource estimate. Regional exploration work will include reverse circulation drilling and continued target definition activities. Phase 2 of the Sulphides program is underway, with five oriented diamond drill holes completed since the program began in April. This current phase of drilling is infilling between Phase 1 north-to-south drill holes, reducing the spacing between south-azimuth drill holes to 150-200m. Drill results are pending.

In early 2022, a northwest dipping fault with significant shallow historical gold and silver intersections was identified as a near mine exploration target. A short program, consisting of approximately 3,000m of diamond drilling, was undertaken to test the metal potential of the structure over a 1km strike length southwest of the Camino Rojo Oxide pit, to a depth of approximately 300m. This drill program is approximately 60% complete. Drill results are pending.

On the Camino Rojo regional program, reverse circulation (“RC”) drilling, testing high priority, near-mine target areas along the Camino Rojo mine trend is underway, with 25% of the program completed. Highest priority targets are expected to be drilled in the second half of 2022, pending finalization of land access agreements and issuance of permits.

On June 13, 2022, Orla and Gold Standard announced that they had entered into a definitive agreement whereby Orla would acquire all of the issued and outstanding shares of Gold Standard by way of a court-approved plan of arrangement (the “Transaction”). For more details, please see the June 13, 2022 press release: Orla Mining Expands into Nevada with Acquisition of Gold Standard Ventures.

Following a shareholder vote at a meeting of Gold Standard securityholders to be held on August 9, 2022, the Transaction is anticipated to close mid-August.

Orla’s unaudited interim financial statements and management’s discussion and analysis for the three and six months ended June 30, 2022, are available on the Company’s website at www.orlamining.com, and under the Company’s profiles on SEDAR and EDGAR.

The scientific and technical information related to Camino Rojo and Cerro Quema in this news release was reviewed and approved by Mr. J. Andrew Cormier, P. Eng., Chief Operating Officer of the Company, and Mr. Sylvain Guerard, P. Geo., Senior Vice President, Exploration of the Company, who are the Qualified Persons as defined under NI 43-101 standards.

The Company has included certain performance measures in this press release which are not specified, defined, or determined under generally accepted accounting principles (in the Company’s case, International Financial Reporting Standards (“IFRS””)). These are common performance measures in the gold mining industry, but because they do not have any mandated standardized definitions, they may not be comparable to similar measures presented by other issuers. Accordingly, the Company uses such measures to provide additional information and you should not consider them in isolation or as a substitute for measures of performance prepared in accordance with generally accepted accounting principles (“GAAP”).

In this section, all currency figures in tables are in thousands, except per-share and per-ounce amounts.

Net debt is calculated as total debt adjusted for unamortized deferred financing charges less cash and cash equivalents and short-term investments at the end of the reporting period. This measure is used by management to measure the Company’s debt leverage. The Company believes that in addition to conventional measures prepared in accordance with IFRS, net debt is useful to evaluate the Company’s leverage.

Adjusted earnings (loss) excludes deferred taxes, unrealized foreign exchange, changes in fair values of financial instruments, impairments and reversals due to net realizable values, restructuring and severance, and other items which are significant but not reflective of the underlying operational performance of the Company.  We believe these measures are useful to investors because they are important indicators of the strength of our operations and the performance of our core business.

The Company calculates cash cost per ounce by dividing the sum of operating costs and royalty costs, net of by-product silver credits, by ounces of gold sold. Management believes that this measure is useful to external users in assessing operating performance. Figures are presented only from April 1, 2022, as the Camino Rojo Oxide Gold Mine commenced commercial production on that date.

The Company has provided an AISC performance measure that reflects all the expenditures that are required to produce an ounce of gold from operations. While there is no standardized meaning of the measure across the industry, the Company’s definition conforms to the all-in sustaining cost definition as set out by the World Gold Council in its guidance dated November 14, 2018. Orla believes that this measure is useful to external users in assessing operating performance and the Company’s ability to generate free cash flow from current operations.  Figures are presented only from April 1, 2022, as the Camino Rojo Oxide Gold Mine commenced commercial production on that date.