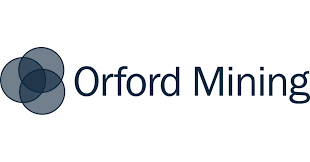 Orford Mining Corporation (TSX-V: ORM) is pleased to report it has closed the final portion of its previously-announced (see Orford news release dated June 20, 2018) non-brokered private placement financing. The final portion of the financing consisted of 1,761,904 common shares of Orford at an issue price of $0.21 per share, for hard dollar gross proceeds of $370,000, and 616,700 flow-through common shares of Orford at an issue price of $0.24 per flow-through share, for gross proceeds of $148,008. In total, Orford raised gross proceeds of $831,008 in flow-through funding and $370,000 in hard dollar funding (total of $1.2 million) from this financing announced on June 20, 2018. The proceeds from the issuance of flow-through shares will be used to incur Canadian exploration expenses (and will qualify as “flow-through mining expenditures” under the Income Tax Act (Canada)).

More specifically, the proceeds will be used by Orford to continue the exploration of the Qiqavik project in Northern Quebec and general corporate purposes. The Qiqavik project represents a new gold discovery in the Cape Smith Belt of Northern Quebec. Orford is also currently completing a program of diamond drilling on its Carolina projects, Jones-Keystone-Loflin and Landrum-Faulkner.

Orford has recently commenced a summer exploration drilling program on the prospective Qiqavik project in the Nunavik Region of Northern Quebec. The program also consists of follow-up on the recently completed detailed airborne magnetics survey with prospecting, mapping and ground geophysics. The diamond drilling program on the Jones/Keystone and Landrum-Faulkner properties in North and South Carolina respectively is completed and the initial results have been encouraging, with final assay results still pending (initial assay results were reported in Orford’s news release dated August 2, 2018).

David Christie, Orford’s President and CEO, commented that: “After completing the Condor acquisition (Orford news release dated July 30, 2018) and this financing, Orford is in a good position to continue to advance its exploration projects”.

Orford Mining is a mineral explorer focused on highly prospective and underexplored areas of Northern Quebec and the Carolina Gold Belt in United States. Orford’s principal assets are the Qiqavik and West Raglan projects comprising of a land package totaling over 70,000 hectares in the Cape Smith Belt of Northern Quebec and properties in the U.S. Carolina Gold Belt. The Qiqavik Project hosts several new high-grade gold discoveries along a mineralized trend in excess of 40 km. Orford’s common shares trade on the TSX Venture Exchange under the symbol ORM.