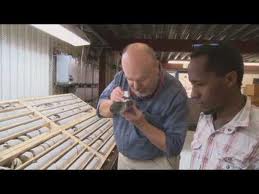 Orex Minerals Inc. – (TSX-V:REX) is pleased to announce that it has closed the first tranche of its private placement announced on February 27, 2014, issuing 8,658,000 units of the Company at a price of $0.25 per Unit for aggregate gross proceeds of $2,164,500. Each Unit consists of one common share and one half of a common share purchase warrant. Each whole warrant will be exercisable for one common share of the Company at $0.30 for a period of 24 months from closing, expiring March 24, 2016. The shares and Warrants comprising the Units and any shares issued upon the exercise of the Warrants are subject to a hold period which expires on July 25, 2014.

Orex intends to use the net proceeds for continued exploration and development of its Los Crestones Property located in Sinaloa, Mexico and for general corporate and working capital purposes.

The Units have not been and will not be registered under the U.S. Securities Act of 1933, as amended, or any state securities laws and may not be offered or sold in the United States or to U.S. Persons absent registration or an applicable exemption from registration. This press release is not an offer or a solicitation of an offer of securities for sale in the United States, nor will there be any sale of the securities in any jurisdiction in which such offer, solicitation or sale would be unlawful.