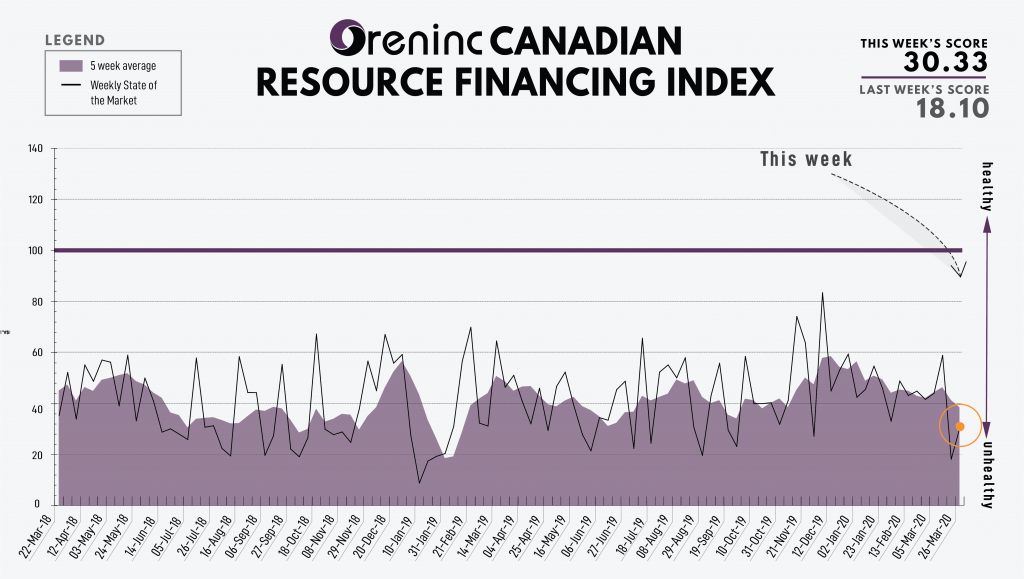 With deaths attributed to the COVID-19 virus outbreak more than doubling in the past week to almost 35,000 and almost 750,000 cases reported, including 150,000 in the USA, the world is increasingly in lockdown mode to contain the outbreak. High profile people who have contracted the virus now include UK prime minister Boris Johnson and heir to the throne Prince Charles. The Tokyo Olympic Games have also been postponed until 2021.

The number of US coronavirus cases is almost double the number in China, which appears to have slowed the rate of new infections down sufficiently such that it is relaxed travel restrictions and restarting economic activity.

However, the big news this week was a US$2 trillion stimulus package agreed in the US aimed at helping businesses and the newly unemployed. The measures include loans to corporations, tax breaks and direct payments to companies and individuals.

Equity markets have experienced extreme volatility this past week. US markets jumped earlier in the week in response to news of the stimulus package, with the Dow Jones Industrial Average advancing 1,770 points (9.5%) before falling away as the week progressed.

Details on how the stimulus will be distributed are as yet unclear, although clearly needed as the US Dept of Labor data showed first-time US jobless claims skyrocketed to a seasonally adjusted record of 3.3 million, due to layoffs as companies struggle to cope with the sudden and dramatic slowdown in activity due to the COVID-19 outbreak. The previous high was 695,000 claims in October 1982. The figures next month are expected to be even worse by some analysts.

Purchasing managers indexes around the world fell with many hitting record lows.

In Europe, the European Central Bank said its €750 billion euro Pandemic Emergency Purchase Program (PEPP) includes scrapping issuer limits on purchases of bonds and widened the scope of buying to include instruments with as little as 70 days left to maturity.

Gold saw increasing support as the combination of low interest rates and the financial stimulus package brought expectations of inflation and a weakening of the US dollar.

Oil prices continue to fall with a barrel of West Texas Intermediate trading below $22 a barrel. US oil production is rapidly falling with wells being idled at the fastest rate in 35 years.

The Chicago Board Options Exchange Volatility Index (VIX or fear index) fell a smidge, closing down at 65.54 from 66.04 a week ago.