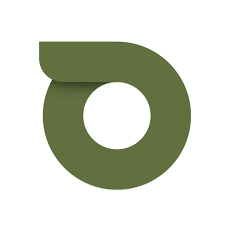 Orea Mining Corp. (TSX: OREA) (OTCQB: OREAF) (FSE: 3CG) is pleased to report that it has entered into a legally binding letter agreement with Nord Gold plc to obtain its 55.01% interest (for a total of 100%) in the Montagne d’Or joint-venture company in French Guiana, France. Montagne d’Or is a permitting stage, 5-million-ounce open pit gold mine development project with good grade, excellent metallurgy, and considerable potential to increase ounces by infill and expansion drilling.*

“This agreement is very accretive for Orea shareholders“, said Robert Giustra, Chairman of Orea. “Orea previously owned 45% of a gold project with an NPV of US$370 million, based on a US$1,200 gold price for calculating reserves, and US$1,300 for calculating resources. Orea has now signed a deal to control 100% of that project, and is planning to carry-out updated economic studies with current inputs, to determine what will certainly be a much higher NPV at significantly higher current gold prices of over US$1,700″.

Under the terms of the letter agreement, there are no up-front payments. Consideration is entirely at the back-end, whereby Orea will only be obligated to pay Nordgold CAN$100 million when Orea receives all permits and authorizations, necessary for construction of a mine that produces a minimum of 100,000 ounces of gold per year. If Nordgold’s shareholders are still under sanctions at the time of the CAN$100 million payment, then the funds will be paid to a blocked bank account.

The binding letter agreement becomes effective with, and is subject to, the approval of all applicable sanctions authorities. Orea and Nordgold will complete a definitive agreement in due-course. Orea intends to fully co-operate with all applicable authorities pertaining to sanctions regulations.

Orea also reports the departure of Rock Lefrançois, President & CEO. Mr. Lefrançois recognized that the foreseeable months ahead for Orea would be focused on legal engagement and government matters, rather than on the geological and mining endeavors that he can provide more value on.  The board of Orea greatly values Mr. Lefrançois and his contributions to Orea over the years and thanks him sincerely for his contributions.

In addition, Orea reports that it is not pursuing closing of additional tranches of the CAN$1 million private placement announced on June 13, 2022; a first tranche of CAN$215,000 closed on June 17, 2022. Given the recent development of the acquisition of 100% of Montagne d’Or, Orea management believes that it can complete financing on more favorable terms, and intends to announce another private placement in the near future.

Rock Lefrançois, a Qualified Person under National Instrument 43-101, has reviewed this news release and is responsible for the technical information reported herein, including verification of the data disclosed.

Orea is a leading gold exploration and development company operating in a prospective and underexplored segment of the Guiana Shield, South America. Its mission is to develop gold deposits with a reduced environmental footprint using innovative technologies, upholding the highest international standards for responsible mining. In French Guiana, Orea holds a 100% interest in the world-class Montagne d’Or mine development project. In Suriname, Orea is advancing the Antino gold exploration project through its option agreement to acquire up to a 75% interest, which is subject to approval of certain regulatory authorities.