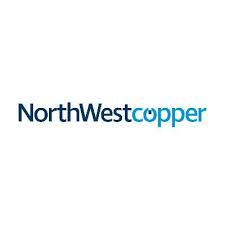 NorthWest Copper (TSX-V:NWST) (OTCQX:NWXCC) is pleased to announce that it has entered into an agreement with POSCO International Corporation whereby NorthWest will purchase all of POSCO’s approximately 31% remaining interest in Kwanika Copper Corporation for total consideration of C$11 million, payable in shares of NorthWest. KCC is a joint venture corporation co-owned by NorthWest (approximately 68.98%) and POSCO (approximately 31.02%), which in turn owns 100% of the Kwanika Project. At closing of the Transaction, KCC will become a wholly-owned subsidiary of NorthWest and NorthWest will acquire a 100% interest in the Kwanika project. The shareholder joint venture agreement as among the parties will terminate and POSCO will not retain any interest or rights, including offtake rights, on the Kwanika Project following the Transaction.

Peter Bell, President & CEO of NorthWest Copper stated, “Consolidating ownership of our Kwanika project is a huge positive step for the company, allowing all of our successful exploration and development efforts to flow to our shareholders. We thank POSCO for their dedication in advancing Kwanika to date and look forward to welcoming them as cornerstone shareholders of NorthWest going forward. Achieving consolidation of Kwanika has been a goal of NorthWest Copper since the company was formed in March.”

Pursuant to the terms of the Transaction, NorthWest will issue to POSCO a total of $11 million in Consideration Shares in three tranches over a period of approximately four months according to the following schedule.  The Transaction remains subject to approval by the TSX Venture Exchange.

All Consideration Shares issued will be subject to a hold period expiring four months and one day from the date of issue. POSCO has agreed to several resale restrictions in respect of the Consideration Shares including a minimum 30-day notice period prior to sales of any kind and a monthly limit on any sales on public exchanges. The issuance of the second and third tranches of Consideration Shares by NorthWest to POSCO may be accelerated subject to approval by both parties. The final tranche is expected to be issued in April 2022.

Northwest has issued 555,672 common shares of the Company to Teck Resources Limited with a fair market value of $500,000 based on the Company’s 20-day VWAP of $0.90 per share.  The shares have been issued to satisfy payment obligations owed to Teck under a joint venture interest purchase agreement whereby wholly-owned subsidiaries of the Company acquired Teck’s 51% joint venture interest in the Lorraine copper-gold project.  The common shares are subject to a statutory four month and one day hold, expiring March 26, 2022.

NorthWest is a new copper-gold explorer and developer with an exciting pipeline of projects in British Columbia.  With a robust portfolio in a tier one jurisdiction, Northwest is well positioned to participate fully in a strengthening global copper market.