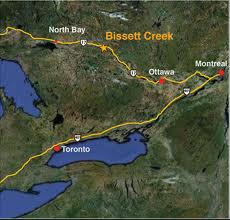 Northern Graphite Corporation (TSX-V:NGC) (OTCQX:NGPHF) announces that it has developed and successfully tested a proprietary process for coating spherical graphite which is the final step before it can be used as an anode material in lithium ion batteries. SPG is manufactured from the flake graphite concentrate produced by graphite mines. Prices range from $3,500 per tonne uncoated to over $10,000 per tonne for coated SPG.

Lithium battery cell testing of Northern’s coated SPG indicates a higher total capacity and slightly better first cycle efficiency than the commercial materials which were tested. Northern’s SPG has a reversible capacity of 368 mAh/g which is very close to the theoretical maximum of 372 mAh/g. Dr. Edward Buiel, founder of Coulometrics,LLC and Northern’s partner in developing the coating procedure, stated that: “Large flake graphite from the Bissett Creek deposit has a uniquely pristine crystal structure. The low degree of disorder requires little or no thermal processing and naturally leads to a high degree of reversible capacity for LiB applications. The large pristine flakes also have natural advantages in terms of battery purification and yield during spheronizing that can lead to lower production costs.”

All natural uncoated SPG is currently produced in China. The largest manufacturing cost is the low yield during rounding as it requires three tonnes of small flake to produce one tonne of SPG. Northern has achieved yields in the 50 to 70% range as Bissett Creek flake graphite appears to be more resilient and survives the rounding process better. Additional testing will take place in China shortly.

The SPG produced in China is purified from approximately 94%C to 99.95%C using hydrofluoric and sulphuric acid. This is a low cost process if the waste products are not properly treated which is generally the case. This approach is not sustainable as the demand for LiBs grows with the increased adoption of “green” hybrid and all-electric vehicles. Northern has developed a proprietary process for purifying both SPG and flake concentrate from the Bissett Creek project as high purity graphite is required for many other value added and rapidly growing applications in addition to LiBs. The Company believes that its process is environmentally sustainable and will be price competitive with the Chinese wet chemical approach when they are forced to incur the costs of environmental remediation.

Flake graphite production has declined from 565,000 tonnes in 2011 to an estimated 375,000 tonnes in 2013 as uneconomic mines have closed and others have been shut down due to environmental problems. While some of this capacity will come back on line when prices rebound, some will not. And not all is suitable for making SPG. Only flake graphite which can be economically rounded and purified to 99.95%C and has a low level of of specific impurities can be used. Demand from the LIB industry is already approaching 100,000 tonnes per year even with the slow adoption of EVs. According to Industrial Minerals magazine, up to six new graphite mines would be required to supply the proposed Tesla Gigafactory alone without accounting for growth from other EV manufacturers or in other markets.

Greg Bowes, CEO, commented that: “natural SPG will be a major part of the solution going forward due to its significant cost advantage over synthetic products. Our goals are to increase that advantage through proprietary coating and purification procedures, and to provide the industry with a stable, secure source of anode material produced in an environmentally acceptable manner.”

Northern Graphite is a Canadian company that has a 100% interest in the Bissett Creek graphite deposit located in eastern Ontario. Northern is the only public company with a true, large flake deposit and it is the only one with a bankable Final Feasibility Study and its major environmental permit. Among the new projects it has the best infrastructure, the lowest capital costs and the lowest unit operating costs. Northern Graphite is well positioned to benefit from the compelling supply/demand dynamic that is developing in the graphite industry.