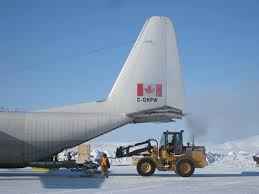 Under the JEA, Auryn has the option to spend $6,000,000 CDN over a 30-month period to earn a 51% interest in the mineral concessions comprising the Committee Bay Project at which time the parties will share costs pro-rata in a customary joint venture. Of this amount, $500,000 is a firm commitment to be incurred within the first 12 months. A technical committee will be formed to jointly plan and oversee exploration programs. Auryn will have ultimate discretion over the nature and manner of exploration undertaken during the earn-in period and will become the Operator of the ensuing joint venture, while North Country will provide staff, equipment and consumables as the Contractor to implement programs.

The TSX Venture Exchange has provided final approval for the JEA and the Private Placement.

The Common Shares are subject to a hold period expiring on July 20, 2015.

In connection with the Private Placement, North Country paid finders’ fees of 5% cash to certain agents with respect to certain subscription agreements. The total finders’ fees paid was $14,375.

With the completion of the JEA, the parties are currently formulating exploration strategies for the 2015 season. The 2015 program is designed to create a district scale geologic model that will pave the way for more intensive drill campaigns in 2016 and 2017.

Brian Budd, President of North Country stated, “North Country Gold welcomes Auryn to the Committee Bay Project, and is very pleased to have a partner that shares our belief in the exploration potential of the belt. The combined expertise of the two companies will continue to create significant shareholder value through discovery by implementing new ideas and technologies, and accessing new investment for the project.”

Shawn Wallace, President and CEO of Auryn Resources stated: “We are very pleased to have completed the definitive agreement with North Country on the Committee Bay Project. Auryn is very excited to be participating in unlocking the value of a district scale, high grade gold exploration opportunity in Canada.”

Auryn Resources is a junior mining exploration company focused on delivering shareholder value through project acquisition and development. The Company’s management team is highly experienced with an impressive track record of success in the discovery, development, financing and monetizing of mining assets for shareholders.

As a proven industry leader, North Country Gold’s vision is to acquire, and aggressively enhance existing assets while growing the aggregate value of its high quality gold projects. Applied through disciplined scientific exploration and development, in stable and safe mining jurisdictions.