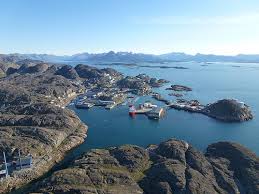 All securities issued pursuant to the private placement are subject to a hold period and may not be traded until September 30, 2014.

Sentient Executive GP IV, Limited (for the general partner of Sentient Global Resources Fund IV, L.P.) subscribed for a total of 11,739,425 common shares in the financing. Sentient, which is an insider and a related party of the Company, now beneficially owns, or exercises control or direction over, 69,866,523 common shares (or, approximately 41.2% of the issued and outstanding common shares) of the Company.

The proceeds of this financing will be used to fund the Company’s 2014 exploration and drill program for its highly prospective Maniitsoq Ni-Cu-Co-PGE project in southwest Greenland and general working capital purposes.

The Maniitsoq property in Greenland is a Camp scale project comprising 3,601 square km covering numerous high-grade nickel-copper sulphide occurrences associated with norite and other mafic-ultramafic intrusions of the Greenland Norite Belt (GNB). The greater than 75km-long belt is situated along, and near, the southwest coast of Greenland, which is pack ice free year round.

The Post Creek/Halcyon property in Sudbury is strategically located adjacent to the past producing Podolsky copper-nickel-platinum group metal deposit of KGHM International Ltd. The property lies along the extension of the Whistle Offset dyke structure. Such geological structures host major Ni-Cu-PGM deposits and producing mines within the Sudbury Camp.