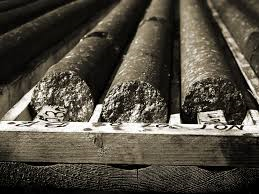 Noront Resources Ltd. (TSX-V:NOT) has entered into an agreement to acquire, among other things, the shares of Cliffs Chromite Ontario Inc. and Cliffs Chromite Far North Inc. both indirect wholly owned subsidiaries of Cliffs Natural Resources Inc. (NYSE:CLF) which hold mining claims in the Ring of Fire mining district, for an acquisition price of US$20 million.

Upon closing, Noront will hold a total of approximately 360 mining claims and roughly 65% (80,000 hectares) of the emerging mining camp known as the Ring of Fire, located 500 kilometres northeast of Thunder Bay. These additional assets, alongside Noront’s existing Eagle’s Nest nickel-copper-platinum group element deposit and its Blackbird chromite deposit will allow Noront to further its vision of becoming the leading resource company in the area.

“This purchase consolidates the world-class discoveries made in the Ring of Fire,” said Noront President and CEO Alan Coutts. “It also underscores Noront’s long-standing belief and commitment to the region. We have made significant investments in the Ring of Fire and our team has become experts in the region from both a technical and social point of view. We also believe in the considerable exploration upside which we are eager to develop.”

Noront has entered into a share purchase agreement with certain subsidiaries of Cliffs, including Cliffs Quebec Iron Mining ULC pursuant to which Noront will acquire the shares of CCOI and CCFNI.

To finance the Transaction, concurrently with the execution of the Share Purchase Agreement, Noront has entered into a loan agreement with Franco Nevada Corporation through which Franco Nevada will loan US$22.5 million to Noront for a seven-year period at a 7% interest rate with interest to be accrued and paid at the end of the loan term. In return, Franco Nevada will receive a 3% royalty over the Black Thor chromite deposit and a 2% royalty over all of Noront’s property in the region with the exception of Eagle’s Nest, which is excluded. The loan will be secured against the CCOI and CCFNI assets acquired in connection with the Transaction. It is intended that US$20 million of the loan proceeds will be used to fund the acquisition price of the Transaction, with the remaining US$2.5 million to be provided to Noront for general working capital purposes. In addition, Noront will receive from Franco Nevada US$3.5 million in cash consideration as part of the granting of the royalty arrangements.

“Franco Nevada is pleased to support Noront in this acquisition,” said Paul Brink, Franco Nevada’s Senior VP of Business Development. “We believe that consolidating the interests in the Ring of Fire can unlock value for all stakeholders by focusing on a common vision for development going forward.”

Noront engaged Scotia Capital Inc. as its financial advisor in connection with the loan and royalty transactions.


On January 27, 2015, CQIM commenced restructuring proceedings in Montréal, Québec, under the Companies’ Creditors Arrangement Act (Canada). As a result, CQIM will be required to obtain Court approval for the sale of the securities of CCOI and CCFNI to Noront with the effect that, as of the closing date, the securities acquired will be free and clear of all liens or any other encumbrances.

The Transaction is subject to the fulfillment of certain conditions, including obtaining the Approval and Vesting Order and satisfaction of all other conditions required under the Share Purchase Agreement and the Loan Agreement. The Transaction is expected to close on or about mid April, 2015.

Noront Resources Ltd. is focused on development of the high-grade Eagle’s Nest nickel, copper, platinum and palladium deposit and the high-grade Blackbird chromite deposit, both of which are located in the James Bay Lowlands of Ontario in an emerging metals camp known as the Ring of Fire.