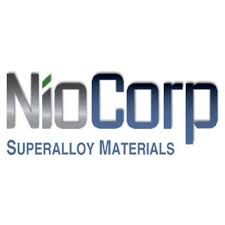 NioCorp Developments Ltd. (TSX: NB) (OTCQX: NIOBF) is pleased to announce that it has closed its previously announced non-brokered private placement of units of the Company. A total up-sized offering of 4,981,035 Units were issued at a price per Unit of C$0.96, for total gross proceeds to the Company of approximately C$4.8 million.

Pricing of the Units was set at a premium to the five-day Volume Weighted Average Price of NioCorp common shares just prior to the launch of the offering on June 13, 2022.  The initial offering announcement on June 13, 2022, was for up to 4,519,481 Units, for gross proceeds of up to approximately C$4.35 million.

Each Unit consists of one common share of NioCorp  and one common share purchase warrant.  Each Warrant entitles the holder to acquire one Common Share at a price of C$1.10 at any time prior to July 1, 2024.

Proceeds of the private placement will be used for continued advancement of the Company’s Elk Creek Critical Minerals Project and for working capital and general corporate purposes.

All of the securities sold pursuant to the offering are subject to a four-month hold period, which will expire on November 1, 2022.

NioCorp is developing a critical minerals project in Southeast Nebraska that will produce niobium, scandium, and itanium.  The Company also is evaluating the potential to produce several rare earths from the Project.  Niobium is used to produce specialty alloys as well as High Strength, Low Alloy steel, which is a lighter, stronger steel used in automotive, structural, and pipeline applications. Scandium is a specialty metal that can be combined with Aluminum to make alloys with increased strength and improved corrosion resistance. Scandium is also a critical component of advanced solid oxide fuel cells. Titanium is used in various lightweight alloys and is a key component of pigments used in paper, paint and plastics and is also used for aerospace applications, armor, and medical implants.  Magnetic rare earths, such as neodymium, praseodymium, terbium, and dysprosium are critical to the making of Neodymium-Iron-Boron (“NdFeB”) magnets, which are used across a wide variety of defense and civilian applications.