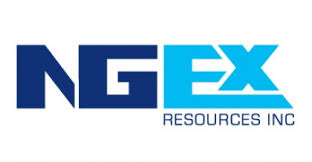 NGEx Minerals Ltd. (TSX-V: NGEX) is pleased to report the discovery of a third zone of high-grade copper-gold mineralization at the Los Helados project, Chile.  This new zone, called the Alicanto Zone, is located 550m north of the Condor Zone and is related to a new porphyry center. The Alicanto Zone was discovered by hole LHDH078, which was targeting a geophysical anomaly north of hole LHDH062 (256m at 0.56% CuEq).

Commenting on the results Wojtek Wodzicki, President and CEO, stated “Hole 78 has given us exactly what we were looking for this season – the discovery of a brand new zone of high-grade mineralization associated with the giant Los Helados system. We are naming this the Alicanto Zone after a mythical bird of the Atacama Desert which feeds on gold and silver. Legend has it that miners who follow an Alicanto will find rich mineral outcrops or treasure. Following reinterpretation of the geology in hole LHDH062, we realized that the intersection in that hole likely represented a new porphyry center adjacent to the Condor Zone, and this has been confirmed with the discovery of the Alicanto Zone. This discovery is a direct result of the re-interpretation of the geology at Los Helados, and confirmation that we are on the right track in our quest for additional high-grade material. Our improved understanding of the controls on mineralization has given us a clear, testable model which provides huge upside for expanding the high-grade at Los Helados as we continue to drill the extensions of the Condor, Fenix and now the new Alicanto Zone.”

Composited intervals are shown in the table below:

Hole LHDH078 was a vertical hole collared 275m northwest of LHDH062 which is the closest hole to it. Hole LHDH062 is one of our longest intersections, with 1,345m at 0.39% CuEq (0.32% Cu, 0.10 g/t Au, 1.1 g/t Ag) including a 256m section at 0.56% CuEq (0.46% Cu, 0.16 g/t Au, 1.9 g/t Ag). This was previously our most northerly hole into the deposit, and convinced us that we had not yet reached the edge of the deposit.  As we worked through a reinterpretation of the deposit geology late last year, we realized that LHDH062 had likely intersected a separate porphyry center, and that there was potential to expand this to the northwest.

The high-grade Alicanto Zone intersected in hole LHDH078 is comprised of a hydrothermal breccia developed in Permo-Triassic rhyolite country rock. The breccia matrix is composed of very distinct purple anhydrite containing large clots of coarse chalcopyrite, and is visually very similar to the Fenix Zone located some 900m to the southwest. Breccia fragments are cut by both A-type veins and quartz-molybdenite B-type veins.

The Alicanto Zone occurs within the northernmost of three parallel mineralized structural corridors which trend west-northwest and are comprised of phreatic and hydrothermal breccias associated with different copper-gold porphyry intrusion phases. These corridors host, from south to north, the Fenix, Condor and now Alicanto Zones, each of which is open to expansion at depth and along the strike of the corridors.

The 2022 drilling program was initially focused on defining zones of high-grade mineralization within the footprint of the overall Los Helados deposit and expanding the deposit’s high-grade core. Reinterpretation of the deposit geology suggested that the deposit contained at least two distinct high-grade zones hosted within well-defined structural corridors. Suspicion of a third corridor has now been confirmed with hole LHDH078.  The drill program, including completed and planned holes, is outlined below:

Drilling is planned to continue until the current holes are completed in late June. The data generated from the current drill program at Los Helados will form the basis for a revised geological model. The drill program will also provide samples for additional detailed metallurgical test work, which will allow for optimization of process flowsheets and a better understanding of variability within the orebody. The Company is excited to resume drilling in September following a short break during the Southern Hemisphere winter, with a goal of expanding the three zones by systematic testing for extensions guided by the new structural corridor interpretation.

NGEx Minerals is a copper and gold exploration company based in Canada with projects in Chile and Argentina. NGEx Minerals holds the large-scale Los Helados copper-gold deposit, located in Chile’s Region III, as well as the Valle Ancho Projects located in Argentina. NGEx Minerals is the majority partner and operator for the Los Helados Project, subject to a Joint Exploration Agreement with Nippon Caserones Resources Co., Ltd. While NGEx Minerals’ near-term focus will be on drilling the high grade zones at Los Helados and exploration at the Valle Ancho Project, it remains open to adding quality projects to its portfolio as part of its overall growth strategy.