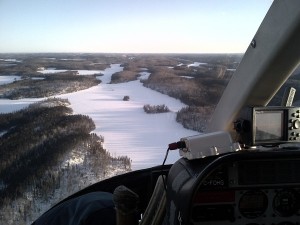 NexGen Energy Ltd. (TSX-V:NXE) is pleased to announce that it has completed closing of the Over-Allotment Option on its previously announced bought deal short form prospectus offering, raising additional proceeds of $3,561,000 taking the aggregate gross proceeds for the Offering to $27,301,000. Pursuant to the Over-Allotment closing, an additional 7,122,000 common shares of NexGen were issued at a price of $0.50 per Share. The Offering was co-led by Cormark Securities Inc. and Cantor Fitzgerald Canada Corporation on behalf of a syndicate of underwriters which included Dundee Securities Ltd. and Haywood Securities Inc. and special assistance from Numis Securities Limited United Kingdom. In connection with the Over-Allotment closing, the Underwriters received a cash commission on the sale of Shares equal to 6.0% of the additional proceeds raised.

NexGen intends to use the proceeds of the Offering for continued uranium exploration on its Rook 1 Project located in the Athabasca Basin in Saskatchewan and for working capital and other corporate purposes.

NexGen is a British Columbia corporation with a focus on the acquisition, exploration and development of Canadian uranium projects. NexGen has a highly experienced team of exploration professionals with a track record in the discovery of basement and unconformity-style uranium deposits in Canada.

NexGen owns a portfolio of highly prospective uranium exploration assets in the Athabasca Basin, Saskatchewan, Canada, including a 100% interest in Rook I, location of the Arrow Discovery in February 2014 and the Bow Discovery in March 2015.