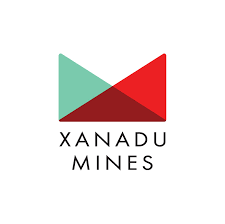 Xanadu Mines Ltd (ASX: XAM) (TSX: XAM) is pleased to report that diamond drill hole KHDDH526, located to the immediate east of the Stockwork Hill deposit on the Company’s Kharmagtai porphyry copper and gold project in the south Gobi region of Mongolia (Figures 1 and 2), has intersected a significant new zone of mineralisation outside the defined resources. This new discovery significantly increases the potential strike of the Stockwork Hill Deposit.

Xanadu’s Chief Executive Officer, Dr Andrew Stewart, said “KHDDH526 represents a pivotal drill hole for Xanadu at our Kharmagtai project. We have always believed that the high-grade tourmaline breccia at Stockwork Hill should extend to the east, but previous drilling had been unable to locate the eastern extensions of the mineralisation. KHDDH526 now confirms that mineralisation certainly extends beyond Billy’s Basalt Shear and may potentially extend all the way to the Sandstorm prospect over 1km away. These outstanding results support Xanadu’s interpretations that the porphyry-breccia complex at Kharmagtai has the potential to be a significant copper-gold system with similarities to other very strongly mineralised tourmaline breccia deposits globally”.

Three drill holes have been completed at Stockwork Hill; all holes were designed to extend the known high-grade mineralisation.

KHDDH525 was planned to bring the recently discovered bornite zone at Stockwork Hill towards surface (refer to Xanadu’s ASX/TSX announcement dated 28 February 2019; Targets 1 and 2 in Figure 3). This hole has encountered a shallow zone of bornite at 193m which is encouraging. The main zone of mineralisation was encountered between 600m and 900m and assays are pending.

The first of these was that mineralisation appeared to be offset by Billy’s Basalt Shear, a medium scale structure against which previously drilled mineralisation abuts. Structural models suggested this fault had an offset of less than 100m and pointed to the tourmaline breccia south and east of previous drilling.

Partial assays have been returned for KHDDH526;

Drill hole KHDDH527 has been drilled on the south western margin of Stockwork Hill (aimed at Target 5 in Figure 3). This hole has encountered mixed zones of high vein density stockwork, andesite dykes and tourmaline breccia (Figure 6). Assays are pending.