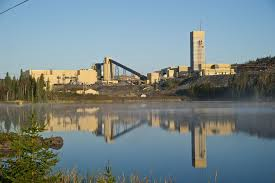 New data shows a dramatic increase in the number of Canadians employed in the mining and related industries with more than 418,000 people in full-time-equivalent jobs working in various facets of the sector, according to the Mining Association of Canada’s latest Facts & Figures 2013 report.

Drawing from a new data source, Natural Resources Canada released a more comprehensive estimate of mining sector employment. The source includes data for support activities of the mining sector that was not previously captured, including drilling and exploration. This grew the number of mining employees in Canada from 330,000 people in 2011 to 418,000 people in 2012, accounting for one in every 41 Canadian jobs. Year-over-year employment growth shows an increase of more than 11,000 jobs, or 2.8%, from 2011 to 2012.

“This remarkable employment figure is a much more accurate view of the Canadian mining industry’s role as both a major employer and economic driver in Canada,” said MAC’s President and CEO, Pierre Gratton. “It also adds to our already impressive employment figures. Not only is the mining industry the top paying industrial sector in the country, but it is also the largest private sector employer of Aboriginal people on a proportional basis and supports thousands of indirect jobs.”

Those who work in the industry enjoy the highest wages and salaries of all industrial sectors in Canada with an average weekly pay of $1,559, surpassing the earnings of workers in finance, manufacturing, construction and forestry. Additionally, with more than 3,200 companies supplying goods and services to mining operations, Canada has one of the largest mining supply sectors in the world, extending the industry’s economic and employment reach even further.

The report, which draws on the most recent data available from the federal government (mostly 2012), reveals the mining industry contributes greatly to the Canadian economy in a number of important ways. Canada’s mining sector contributed $52.6 billion to the national GDP in 2012 and mining industry exports accounted for $92.5 billion, or 20.4%, of the Canadian total.  The value of Canadian mineral production remained elevated in 2012 at $46.9 billion and mineral exploration and deposit appraisal expenditures maintained the $3.9 billion record set in 2011.

Globally, Canada is one of the top mining countries.  Canada (Toronto) is the leading global mining finance centre in the world. In 2012, the Toronto Stock Exchange (TSX) and the TSX Venture Exchange accounted for 70% of the world’s mining equity financings. Together, these financings comprised 70% of the equity raised globally for the year. Canada ranks in the top five countries in the global production of potash, uranium, aluminum, cobalt, titanium, tungsten, cadmium, diamonds, platinum, sulphur and nickel.

“Canada’s ability to attract highly-mobile global mining investment is contingent on several factors aside from commodity prices set by the global market, many of which reside within our own borders,” said Gratton. “It is imperative that industry and Canadian governments work together to address key domestic challenges in order to support new mining growth and ensure the country remains an attractive place to mine or list.”

Top needs of the Canadian mining industry in 2014

The Mining Association of Canada is the national organization for the Canadian mining industry.  Its members account for most of Canada’s production of base and precious metals, uranium, diamonds, metallurgical coal, mined oil sands and industrial minerals and are actively engaged in mineral exploration, mining, smelting, refining and semi-fabrication. Please visit www.mining.ca.