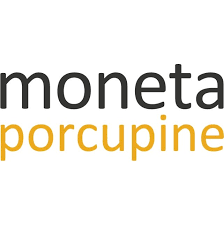 Step-out drilling at South West has continued to extend the strike and depth extent of the vein structures, and two of the mineralized shoots, SW-1 and SW-2. One new vein, Redwood has been confirmed increasing the total number of veins to sixteen plus three new shoots modelled confirming a total of eight.

Gary O’Connor, CEO & Chief Geologist commented, “We are very pleased as we continue to expand the footprint of gold mineralization intersecting new veins and confirming three new shoots in the South West area. Step-out drilling continued to extend the strike of the veins to the south and has extended the veins to depth. New drilling and interpretation has connected the central and eastern Banded Iron Formation units opening a large new area for potential mineralization. We continue to be very encouraged by the new results and have expanded the drill program at South West to continue to test the gold system, increase the number of veins and shoots, and confirm the higher grade mineralization.”

The latest assay results are from seven drill holes totalling 4,245.0 m of drilling at South West testing higher grade structural targets. The ongoing drill program at South West follows up on the previously announced exploration drill program undertaken by the Company in late 2017 on the Golden Highway Project and has been expanded to 41,100 m in 70 drill holes. Assays for additional drill holes are pending and will be released as they become available.

Drilling to date at South West has been successful in confirming the existence of sixteen stacked veins and eight mineralized shoots. The veins trend NW as stacked veins, steeply dipping to the SW at 70°, and occur south of the Banded Iron Formation (“BIF”) within clastic Timiskaming age sediments. A new vein, Redwood (the sixteenth identified to date) was confirmed in the current drilling. The modelled veins have an average width of approximately 2.90 m and are spaced 25 m to 30 m apart. The veins can be traced for up to 350 m strike length, have been historically drilled to 1,200 m depth and remain open but appear to narrow to the south.

The sheared contact with the BIF hosts mineralized stockwork zones (“shoots”) which plunge ~65° to ~75° to the west and occur up to 50 m long, 25 m wide and have been confirmed to depths of over 800 m. Three new shoots have now been modelled at SW-3 bringing the total to eight.

The veins and stock-work style veining within the shoots occur as quartz-carbonate-pyrite veins within an ankerite alteration halo occasionally associated with sericite. A zone of pyrite-chlorite and quartz veinlets occur within the vein corridor and also hosts mineralization. The veins can be brecciated and occur as quartz matrix supported breccia zones. The eight mineralized shoots and sixteen vein corridors have now been successfully traced over a strike length of up to 1,200 m.

Drill hole MGH17-074 was drilled to test the contacts along the extensions of the BIF between the South West Central and East blocks and test the northern and depth extensions of the Willow, Arbutus, Yew and Larch veins at depth. The hole drilled between shoots and intersected EB-3 (0.71 m @ 8.09 g/t Au) which is not being modelled and the Willow vein corridor which extended the vein by 75 m to the north. A new vein was intersected at 420.00 m and returned 1.00 m @ 4.38 g/t Au. The hole has confirmed the new folded interpretation of the BIF.

Hole MGH17-019x was drilled as an extension to test the northern contact of the main BIF unit and potential extensions of the main veins. The hole intersected BIF units on both sides of the gabbro intrusive dyke.

Drill hole MGH17-078 was drilled to test the southern and depth extensions of the west and six main veins. The hole intersected the West, Tamarack and Elm vein structures and returned assays of up to 1.26 m @ 2.66 g/t Au from the west vein. Deeper targets were not intersected due to deviation of the hole.

Intercepts are calculated using a 2.0 g/t Au cut-off, maximum of 2m internal waste and no top cap. All intercepts are reported as drill widths and thought to be 65% to 100% of true widths.

All core drilling conducted by Moneta is oriented. Drill core is sawn and half is sent ALS Canada Inc. for drying and crushing to -2 mm, with a 1.00 kg split pulverized to -75 µm (200#). A 50 g charge is Fire Assayed and analyzed using a AAS finish for Gold. Samples above 10.00 g/t Au are analyzed by Fire Assay with a gravimetric finish and selected samples with visible gold or high-grade mineralization are assayed by Metallic Screen Fire Assay on a 1.00 kg sample. Moneta inserts independent certified reference material and blanks with the samples and assays routine pulp repeats and coarse reject sample duplicates with the samples, as well as completing third-party check assays at Activation Laboratories Ltd. Gary O’Connor, MAusIMM is a qualified person under NI 43-101 and has reviewed and approved the contents of this press release.