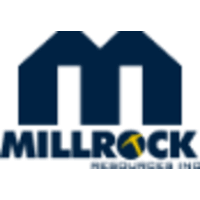 Millrock Resources Inc. (TSX-V: MRO) (OTCQB: MLRKF) reports it has signed a binding letter agreement whereby First Quantum Minerals Limited has been granted the exclusive right to enter an option agreement on Millrock’s Dragonslayer porphyry copper-gold project in eastern Alaska. To earn the right FQML is funding geochemical surveys, mapping, and prospecting to a value of US$100,000. Results are anticipated in October. The work is focused on a geophysical anomaly located in a belt of Cretaceous-aged rocks that have demonstrated potential for copper porphyry deposits. The geophysical anomaly consists of a conductive zone surrounding a magnetic high in a low-lying area with little outcrop exposure. The target was detected using an airborne ZTEM and magnetic susceptibility survey. Upon receipt of the current exploration survey results, FQML will have until December 31, 2019 to exercise its exclusive right to enter an option to joint venture agreement with the following business terms:

To exercise the first option to earn a 51% interest, FQML must make exploration expenditures and cash payments as listed in the table below:

After the initial earn-in, FQML can increase its interest to 70% by defining a NI 43-101 compliant Inferred Resource of at least 1 million tonnes of contained copper equivalent and filing a qualifying report on SEDAR documenting that Resource, provided it continues to sole-finance the project until a Resource has been filed on SEDAR.

After vesting with a 70% interest, FQML may elect to exercise a third option to earn another 10% interest in the project, bringing their total interest to 80%. To complete the third option, FQML will sole-fund the project through permitting and construction until commercial production is achieved, including funding Millrock’s proportionate share of funding on behalf of Millrock. All funding advanced by FQML on behalf of Millrock’s proportionate share of funding will be repayable by Millrock from proceeds from production. If FQML does not exercise the third earn-in, then Millrock must co-contribute its proportional share of expenditures to maintain its 30% interest in the Property.

The Dragonslayer project consists of 60 State of Alaska mining claims recently staked by Millrock. The mineral rights cover an area of 3,885 ha.

The scientific and technical information disclosed within this document has been prepared, reviewed and approved by Gregory A. Beischer, President, CEO and a director of Millrock Resources. Mr. Beischer is a qualified person as defined in NI 43-101.

Millrock Resources Inc. is a premier project generator to the mining industry. Millrock identifies, packages, and operates large-scale projects for joint venture, thereby exposing its shareholders to the benefits of mineral discovery without the usual financial risk taken on by most exploration companies. The company is recognized as the premier generative explorer in Alaska, holds royalty interests in British Columbia, Canada and Sonora State, Mexico and is a significant shareholder of junior explorer ArcWest Exploration Inc. Funding for drilling at Millrock’s exploration projects is primarily provided by its joint venture partners. Business partners of Millrock have included some of the leading names in the mining industry: EMX Royalty, Centerra Gold, First Quantum, Teck, Kinross, Vale, Inmet, Altius, and Riverside.