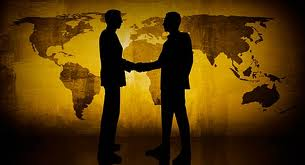 Mercator Minerals Ltd. and Intergeo MMC Ltd are pleased to announce that they have entered into an arrangement agreement and ancillary documentation to effect a business combination by way of plan of arrangement to create a new copper-focused base metals company with a robust growth profile and strong financial backing.

The combined assets will include an attractive portfolio of producing and short and medium-term development properties. Mercator’s Mineral Park Mine will receive a substantial cash injection to stabilize and improve its operations. Mineral Park Inc. the wholly-owned subsidiary of Mercator which holds the Mineral Park Mine, is expected to become cash flow positive and able to service its outstanding debt obligations at current spot commodity prices. Mercator’s El Pilar project represents an attractive near-term development asset to be advanced in a financially responsible manner and is expected to provide an attractive return on investment at current commodity prices.

In the medium-term, Intergeo’s world-class Ak-Sug copper project provides a compelling growth opportunity, with a geologic profile similar to other recent high-profile discoveries and operating assets in central Asia. Ak-Sug is favourably positioned in southern Siberia in close proximity to China, the world’s largest copper consumer. In addition, Intergeo has other development and exploration opportunities that will continue to be evaluated and could be advanced if the expected financial return is attractive.

Bruce McLeod, President and CEO of Mercator, stated: “We are very pleased to be announcing this transaction today. It is the result of a comprehensive process undertaken to evaluate the strategic alternatives available to the company and we believe it represents the most compelling opportunity for Mercator.”

John Lill, CEO of Intergeo, stated: “The entire Intergeo organization and its owners are very excited by the potential of a combination with Mercator. We believe there are tremendous opportunities to create value based on a well-funded business plan for Mineral Park and the combined portfolio of world-class development properties in El Pilar and Ak-Sug. We intend to focus our efforts initially on optimizing Mineral Park, bringing El Pilar to production and then developing Ak-Sug in a financially disciplined manner. We have assembled a highly experienced management team and board of directors to execute our vision.”

Benefits of the Transaction

The combined company will provide the following key benefits for its shareholders:

Leadership Team and Board

John Lill will lead the combined management team as CEO and will bring together the management skill, experience and depth of both organizations. The combined company will benefit from a highly-accomplished and knowledgeable board comprised of eight Intergeo nominees and one continuing Mercator director.

MPI has entered into a bridge loan credit agreement pursuant to which Daselina will advance up to US$14 million to MPI to provide it with sufficient funding to stabilize its operations until the Transaction is completed. The initial commitment under the bridge loan will be US$10 million and will be available upon satisfaction or waiver of certain conditions precedent. The initial commitment will increase to US$12 million on March 1, 2014 and US$14 million on April 1, 2014 if the Transaction has not yet been completed by these dates. The bridge loan will mature and be payable in the event the Transaction is not completed. It will accrue interest at a rate of 15% per annum.

At the closing of the Transaction, Daselina will assign the principal and interest thereon of the bridge loan to Mercator, as partial payment of the aggregate subscription price under the Private Placement.

The Transaction will be carried out by way of a plan of arrangement, the implementation of which will be subject to the approval of at least 66 2/3% of the votes cast at a special meeting of Mercator shareholders that is expected to be held in March 2014 followed by and subject to the approval of the Supreme Court of British Columbia. The Transaction is also subject to applicable regulatory approvals (including the approval of the TSX), certain third party consents and other customary conditions. The Arrangement Agreement also provides for, among other things, customary board support and non-solicitation covenants from Mercator (subject to customary “fiduciary out” provisions that entitle Mercator to consider and accept a superior proposal and a five business day “right to match” in favour of Intergeo). The Arrangement Agreement also provides for the payment of a termination fee of US$6 million to Intergeo if the Transaction is terminated in certain specified circumstances.

Copies of the Arrangement Agreement, Mercator’s management information circular and certain related documents will be filed with Canadian securities regulators and will be available on the SEDAR website at www.sedar.com.

Mercator Board of Directors Recommendation

Renaissance Capital is acting as financial advisor to Daselina.

Intergeo is a diversified mineral resource company primarily focused on developing, exploring and acquiring base metal properties in Russia. The Company is 99% owned by Daselina, a part of ONEXIM Group, which has a strong record of success in some of the world’s largest metals and mining companies, including Norilsk Nickel and Polyus Gold. Kirkland Intertrade, owned by Maxim Finskiy, holds the remaining 1%. Since 2007, Intergeo has invested over US$200 million in its portfolio of properties. Its key, open pit development project is the Ak-Sug copper porphyry deposit located in southern Siberia.