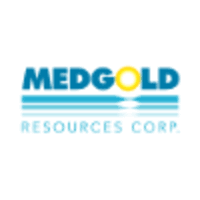 Medgold Resources Corp. (TSX-V: MED) is pleased to announce that it has completed its Phase 1 drill program at the Tlamino project in southern Serbia. The drill program was fully funded by Fortuna Silver Mines Inc. under the terms of an option agreement between Medgold and Fortuna. Assays have been received for holes BAR005, BAR006 and BAR007. All holes have intersected significant gold mineralization:

Dan James,  President of Medgold, said: “We are delighted to have identified gold mineralization in all of our first 7 holes at Tlamino. We’re seeing multi-metre high-grade gold intercepts within very broad zones of low- to moderate-grade rock over a large area, and in some holes the mineralization starts at surface. The gold mineralization is flat-lying, near-surface and associated with a large-scale regional detachment fault. We’ve confirmed a strong relationship between IP-chargeability, disseminated sulphides, and gold mineralization which gives us sufficient confidence to plan for Phase 2 drilling to start later this month. We aim to expand the known mineralized area by systematically testing the IP anomaly towards the west. We believe we’ve made a significant gold-silver discovery at Tlamino. The discovery highlights the tremendous exploration potential of Serbia and we’re looking forward to expanding our generative work in country.”

BAR005 is collared 160 m to the NNW of the Barje outcrop and drilled towards the southeast. BAR006 and BAR007 are collared 190 m to the NW of the Barje outcrop, with BAR006 drilled to the southeast and BAR007 drilled to the northwest. All three drill holes intersected intervals of approximately 100 m of moderate to strong sericite and silica alteration with precious metal grades increasing with depth. All culminate with intersections of 13-30 m of intense brecciation and sulphide mineralization close to the contact of the detachment fault. BAR006 and BAR007 are located on the eastern flanks of an IP-chargeability anomaly, considered to be associated with disseminated sulphide mineralization, which continues for at least a further 700 m to the west.

The Tlamino Gold Project is located in Southern Serbia, close to the borders of both Bulgaria and Macedonia, approximately five hours south of the capital, Belgrade.  The Project is comprised of two exploration licences, Donje Tlamino and Surlica-Dukat, each approximately 100 km2.  All exploration work at the Project is fully-funded by Fortuna, which has an option to earn up to 70% of the Project by spending US $8 million on exploration over five years and completing a Preliminary Economic Assessment (see Medgold news release of March 7, 2017).

The Barje Zone is host to a large outcrop of intense brecciation and mineralization, which was identified and sampled by Medgold in 2017, yielding a best result of 84 m of 5.60 g/t Au and 105 g/t Ag (see Company press release on July 18, 2017), following a period of target generation and desktop studies.

Later in 2017, an IP-Resistivity geophysical program undertaken by Medgold at the Barje Zone identified a large chargeability anomaly measuring approximately 1,400 m east-west by 500 m north-south, as well as a second-order anomaly with a NNE-axis overlying the Barje outcrop. The outcrop channel sampling and geophysical survey results were highly encouraging, and a first phase diamond drilling program was designed to test for the presence of a large shallow mineralized body associated with the Barje outcrop and chargeability anomaly. This drill programme has confirmed this mineralization.

Medgold is a Serbia-focused, TSX-V listed, project generator company targeting early-stage gold properties in the Oligo-Miocene Belt of Serbia.  Medgold is run by an experienced management team with a successful track-record of building value in resource companies.

Mr. David Clark, M.Sc., P.Geo., is a Qualified Person as defined by National Instrument 43-101 – Standards of Disclosure for Mineral Projects.  Mr. Clark prepared the technical information contained in this news release and has approved its disclosure.