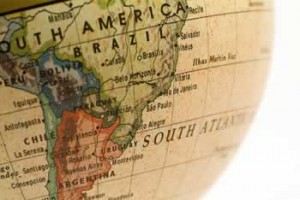 MBAC Fertilizer Corp. (TSX:MBC) (OTCQX:MBCFF) is pleased to announce that it has now received the final operating license from the Tocantins State Environmental Agency to operate all plants, including the sulphuric acid plant, the SSP plant and the granulation plant at the Itafós Arraias Single Super Phosphate Project .  The Governor of the Tocantins State, Wilson Siqueira Campos, delivered the Operating License to the Company at an official ceremony held in Palmas, Tocantins this morning. The Brazil Environment Minister, Izabella Teixeira, and the mayor of the city of Arraias, Cacildo Vasconcellos were in also attendance at the ceremony. Roberto Busato Belger, the President and COO of the Company also attended the ceremony on behalf of MBAC.

The issuance of the Operating License by Naturatins represents a significant milestone as it is the final regulatory approval required for Itafós to start operations as an integrated SSP producer.

At the event, Roberto Busato Belger, and the Governor of Tocantins State commented that Arraias is now an important part of a newly organized industrial district as Itafós is the first large scale fertilizer producer of the Cerrado area.  Both also emphasized the significance of the large investment made through having Itafós in the region. Itafós is expected to bring significant benefits for local farmers by supplying quality fertilizer with reduced logistics costs as well as to the community it serves with the additional jobs, social programs and infrastructure.

With the issuance of the Operating License which represents the final stamp of approval from the State authorities, the Company believes that the timeline for the Project remains consistent with previously disclosed expectations.

MBAC is focused on becoming a significant integrated producer of phosphate and potash fertilizers and related products in the Brazilian and Latin American markets. MBAC has an experienced team with significant experience in the business of fertilizer operations, management, marketing and finance within Brazil. In October 2008, MBAC acquired Itafós Mineração Ltda., which consisted of a phosphate mine, a mill and plant and related infrastructure, all located in central Brazil. Since late 2012, such operations have been phased out as the Company completed the construction of the Itafós Arraias SSP Project. MBAC’s exploration portfolio also includes a number of additional exciting phosphate and potash projects, which are also located in Brazil. The Santana Phosphate project is a high grade phosphate deposit located in close proximity to the largest fertilizer market of Mato Grosso State and animal feed market of Pará State. The Company continues to search for additional fertilizer opportunities in the Brazilian and other Latin-American markets, where strong agricultural fundamentals and unique opportunities are expected to provide attractive growth opportunities in the near future