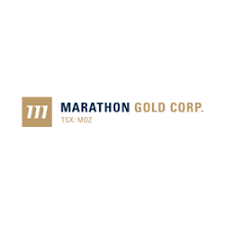 The Corporation intends to use the net proceeds of the Offering to continue exploration and development of the Valentine Gold Project and for general corporate purposes. The proceeds received by the Corporation from the sale of Flow-Through Units will be used to incur Canadian exploration expenses that qualify as “flow-through mining expenditures” (within the meaning of the Income Tax Act (Canada)) related to the Corporation’s Valentine Gold Project in Newfoundland, Canada. The Qualifying Expenditures will be renounced to the subscribers with an effective date no later than December 31, 2019, in the aggregate amount of not less than the total amount of the gross proceeds raised from the issuance of Flow-Through Units.

All securities issued under the Offering will be subject to a hold period expiring four months and one day from the date hereof. The securities offered have not been registered under the U.S. Securities Act of 1933, as amended, and may not be offered or sold in the United States absent registration or an applicable exemption from the registration requirements. This press release shall not constitute an offer to sell or the solicitation of an offer to buy nor shall there be any sale of the securities in any State in which such offer, solicitation or sale would be unlawful.