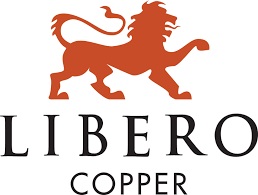 Libero Copper & Gold Corporation (TSX-V: LBC) (OTCQB: LBCMF) (DE: 29H) is pleased to announce that it has closed the final tranche of its previously announced (see July 14, 2022 and July 21, 2022 press releases) non-brokered private placement consisting of 2,591,000 flow-through common shares and 2,900,000 common shares at a price of $0.33 per share for aggregate gross proceeds, including the prior tranche announced on July 29, 2022, of approximately $4.5 million. The net proceeds will be used for exploration at the Big Red porphyry copper project and general corporate purposes. All securities issued pursuant to the Offering are subject to a statutory hold period expiring four months and a day following closing.

The Offering remains subject to approval of the TSX Venture Exchange. Existing insider, Anglo Asian Mining Plc, participated for 2,900,000 common shares of the Offering to maintain its 19.9% interest on a non-fully diluted basis in Libero Copper.

Certain common shares issued under the Offering qualify as ‘flow through shares’. The gross proceeds from the Flow Through Shares issued under the Offering will be used to incur ‘Canadian exploration expenses’ that will qualify as ‘flow through mining expenditures’ as those terms are defined in the Income Tax Act (Canada) which will be renounced to the initial purchasers of the Flow Through Shares.

A finder’s fee of 6% in cash will be paid on a portion of the Offering in accordance with the policies of the TSX Venture Exchange. Eventus Capital Corp. and Red Cloud Securities Inc. acted as a finder in connection with portions of the Offering.

The issuance of common shares to Anglo Asian Mining Plc is considered a “related party transaction” within the meaning of Multilateral Instrument 61-101 – Protection of Minority Security Holders in Special Transactions. Libero Copper is relying on exemptions from the formal valuation requirements of MI 61-101 pursuant to section 5.5(a) and the minority shareholder approval requirements of MI 61-101 pursuant to section 5.7(1)(a) in respect of such insider participation as the fair market value of the transaction, insofar as it involves interested parties, does not exceed 25% of Libero Copper’s market capitalization.

Libero Copper is unlocking the value of a collection of porphyry copper deposits throughout the Americas in prolific and stable jurisdictions. The portfolio includes the Mocoa deposit in Putumayo, Colombia; Esperanza in San Juan, Argentina; and Big Red and Big Bulk in the Golden Triangle, BC, Canada. These assets are being advanced by a highly disciplined and seasoned professional team with successful track records of discovery, resource development, and permitting in the Americas.