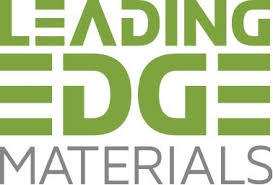 Leading Edge Materials Corp.  (TSX-V: LEM) (Nasdaq First North: LEMSE) (OTCQB: LEMIF) announces the closing of the non-brokered private placement financing  previously announced on July 27, 2020. Pursuant to the Private Placement, the Company has issued 32,000,000 units at a price of C$0.11 per Unit for aggregate gross proceeds of C$3,520,000. Each Unit consists of one Common Share and one common share purchase warrant. Each Warrant is exercisable into one common share of the Company at an exercise price of C$0.20 for a period of four years expiring on August 7, 2024.

Leading Edge Materials intends to use net proceeds for the Company’s projects, located in Sweden and Romania and for general working capital and corporate purposes. No finder’s fees or commissions were paid in connection with the Private Placement. The Private Placement is subject to final approval from the TSX Venture Exchange.

Filip Kozlowski, CEO states: “I am pleased to announce the closing of this Private Placement with continued support from insiders and long-term shareholders. The funds raised will provide a solid foundation for us to progress development of our projects in Sweden and Romania at a time where there is growing interest from the investor community for critical raw materials such as rare earth elements, and an increased sense of urgency from the European Union to become more self-reliant for the raw materials that enable a sustainable transition of industry and society.”

The Common Shares, Warrants and Warrant Shares are subject to resale restrictions pursuant to a “distribution compliance period” (as defined in Regulation S under the United States Securities Act of 1933, as amended (the “U.S. Securities Act”)) of one year expiring on August 8, 2021. The Common Shares, Warrants and the Warrant Shares have been issued in certificated form to facilitate the inclusion of required restrictive legends in accordance with United States securities legislation.

In addition, a voluntary trading restriction has been placed on all securities issued under the Private Placement, including the securities issuable on exercise of the Warrants, pursuant to which such securities cannot be traded until August 8, 2021. This voluntary restriction runs concurrently with the above referenced one-year distribution compliance period under the U.S. Securities Act and with the statutory resale and transfer restrictions under applicable securities laws and policies of the Exchange. The Units sold in the Private Placement were offered by way of prospectus exemptions in Sweden. The minimum subscription and allotment amount for Sweden and the European Economic Area investors in the Private Placement was an amount equivalent to at least EUR 100,000.

Insiders of the Company purchased a total of 27,770,000 Units under the Private Placement which constitutes a “related party transaction” as defined under Multilateral Instrument 61-101 – Protection of Minority Security Holders in Special Transactions. The Company relied on exemptions from the formal valuation and minority shareholder approval requirements of MI 61-101 based on the fact that neither the fair market value of the Units subscribed for by the insiders, nor the consideration for the Units paid by such insiders, exceeded 25% of the Company’s market capitalization as determined in accordance with MI 61-101.

Eric Krafft has acquired the Units for investment purposes and has a long-term view of his investment. In the future, Mr. Krafft may take such actions in respect of his investment in the Company as he may deem appropriate, depending on the market conditions and circumstances at that time. The foregoing disclosure regarding Mr. Krafft’s holdings is being disseminated pursuant to National Instrument 62-103 The Early Warning System and Related Take-Over Bid and Insider Reporting Issues (NI 62-103). A copy of Mr. Krafft’s early warning report will appear on the Company’s profile on SEDAR. The information herein with respect to the number of Mr. Krafft’s securities and his intention relating thereto are not within the knowledge of the Company and are provided by Mr. Krafft.

Leading Edge Materials is a Canadian public company focused on developing a portfolio of critical raw material projects located in the European Union. Critical raw materials are determined as such by the European Union based on their economic importance and supply risk. They are directly linked to high growth technologies such as lithium-ion batteries and permanent magnets for electric motors and wind power that underpin the sustainability transition of society. The portfolio of projects includes the 100% owned Woxna Graphite mine (Sweden), Norra Kärr HREE project (Sweden), Bergby lithium project (Sweden) and the 51% owned Bihor Sud Nickel Cobalt exploration alliance (Romania).