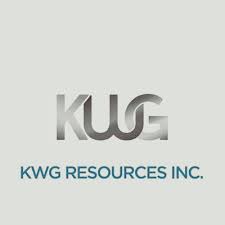 KWG Resources Inc. (CSE: KWG) (CSE: KWG.A) (FSE: KW6)  is pleased to announce the closing today of the first tranche of its previously announced private placement  of up to $5,000,000 of convertible debentures (see news release dated August 23, 2021). This first tranche was comprised of an aggregate of $3,410,657 of debentures. The Company anticipates completing a second tranche of the Private Placement within the next several days.

The proceeds received by the Corporation from the sale of the debentures will be used for the costs and fees associated with the Private Placement, for general corporate overhead expenses including repaying current debts and liabilities and for payment of exploration and other operating expenses. The working capital deficiency and balance sheet of the Corporation will be improved, which should facilitate future financings or other transactions.

All of the securities to be issued pursuant to this tranche of the Private Placement are subject to a four month hold period.

At the meeting of the Company’s shareholders concluded on September 21, 2021, Fiona Blondin was elected a director of the Corporation and Douglas Flett, Bruce Reid, Donald Sheldon and Frank Smeenk were re-elected. Special resolutions to amend the Company’s articles were also passed by the required majorities so that the Company may now create Preferred Shares and Special Shares as subsequently authorized by the directors.

KWG is the Operator of the Black Horse Joint Venture after acquiring a vested 50% interest through Bold Ventures Inc. which is carried for 10% (20% of KWG’s equity in the JV) by KWG funding all exploration expenditures. KWG also owns 100% of CCC which staked mining claims between Aroland, Ontario and the Ring of Fire. CCC has conducted a surveying and soil testing program to assess the prospects for the engineering and construction of a railroad along that route between the Ring of Fire and Aroland, Ontario. Currently, CCC has engaged Cormorant Utilities and Rail-Veyor Technologies for completion of Engineering Proposals for the construction of a utility corridor within the route. KWG has also acquired intellectual property interests, including a method for the direct reduction of chromite to metalized iron and chrome using natural gas. KWG subsidiary Muketi Metallurgical LP has acquired two chromite-refining patents in Canada and one in the USA and in South Africa and is prosecuting an application in Turkey.