Komet Reports Positive Results From Its 2018 Drill Program at Kabaya

Komet Reports Positive Results From Its 2018 Drill Program at Kabaya 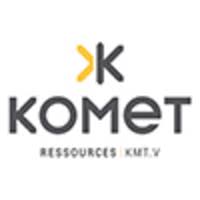 Komet Resources Inc. (TSX-V: KMT) is pleased to announce further encouraging results from a reverse circulation drill program that was completed this year on the Kabaya prospect in the southeastern part of the company’s Dabia South exploration property, located in western Mali, West Africa (Figures 1 and 2).

This RC drilling campaign extended the drill grid north and south of the Kabaya Main zone and completed the drill grid pattern over the Kabaya southwest zone (Figure 3). A total of 3,029 metres in 38, inclined and shallow step-out and infill drill holes (Km2018rc01-38) were realized to a vertical depth of around 65 m and defined gold mineralization with good grade continuity in the thick weathered rock profile (80 m of saprolite; Figure 3, 4 and 5). Gold mineralization systems were initially intercepted in both zones underneath a cluster of soil geochemistry anomalies in previous exploration drill campaigns (Robex Resources 2013–2014 and Komet Resources 2017; Figure 3).

“The Kabaya Prospect RC drilling programs continue to provide excellent results and confirm substantial economic mineralization within the saprolite layer. Moreover, the significant gold intercept in hole Km2018RC31 reveals the probable existence of a new mineralized system in the northern part of the prospect. The Company will proceed with the Kabaya drill exploration program with the intention to grow economic resources as well laterally as in depth in bedrock. Furthermore, Komet as an explorer is well underway to provide an important contribution to the development of the Dabia Area as possible new world class gold district,” stated Werner Claessens, President and CEO of Komet.

The 35 km² large Dabia South Exploration Permit is underlain by folded and sheared sequences of metasedimentary and metavolcanic facies, intruded by felsic and mafic plutons, which make part of the southeastern portion of the Paleoproterozoic Kedougou-Kenieba inlier, covering eastern Senegal and western Mali (figure 1). The property is located 15 km east of the north-south oriented regional Senegal-Mali Shear Zone (“SMSZ”). The SMSZ and its associated northeast-trending splay structures are spatially related to several major gold deposits such as Fekola, Loulo, Gounkoto and Sadiola.

Past exploration programs, carried out by other companies in the Dabia area, pointed out geochemical features and litho-structural settings which demonstrated the potential for the discovery of gold mineralization systems. In 1997 a soil sampling survey by Ashanti Mali SA revealed an interesting gold anomalous zone in the vicinity of the village Kabaya, located in the southeast portion of the Dabia permit. In the period 2013–2014 reconnaissance trenching and two small reverse circulation drilling campaigns, performed by Robex Resources Inc., identified economic gold mineralization. The results of a ground gravimetric survey, realized in 2014, suggest a shear zone controlled geological context. Kabaya gold occurrence could be associated with one of the splay structures of the regional shear structure SMSZ.

Komet continued the exploration drilling on the Kabaya exploration target in 2017 and 2018. Study of drill cuttings, artisanal gold pits and rejects and a few rare outcrops provide indications for a geological setting of quartz-vein stockwork and quartz veins/veinlets in strongly weathered meta sedimentary/volcano-sedimentary units.

All performed drilling (Komet Resources and Robex Resources) on the Kabaya prospect consisted of westward oriented inclined shallow holes (average drill depths of around 80 m), which identified economic mineralization mainly in the saprolite (weathered rock-) layer. Two mineralization zones appear, Kabaya main and Kabaya southwest, stretching at the surface over lengths of respectively 350 m and 150 m (figure 3). The gold mineralization remains open at depth in bedrock, underneath the saprolite layer, and laterally to the west of the Kabaya southwest zone (figures 3, 4 and 5). Hole Km2018rc31 intersected 33 m of economic mineralization in the northwest part of the Kabaya prospect and probably reveals a new resource zone.

A complete list of gold mineralized drill intercepts from boreholes Km2018rc01 to Km2018rc32 is provided as Exhibit 1 to this Press release.

Drilling supervision and sampling at the drill site were performed by Komet’s qualified technical staff, supervised by Jacques Marchand, P.Geo. Sample preparation, analytical testing and reporting of quantitative assays for the results reported in this press release were realized independently by the SGS Laboratory in Bamako, Mali. Fifty grams of pulverized material was analyzed for gold via Fire Assay with an atomic absorption spectroscopy (AAS) finish. A system of blanks, standards and duplicates were added to the sample stream to verify accuracy and precision of assay results, supplementing a variety of internal quality assurance/quality control (QA/QC) tests performed by SGS. The QA/QC program and the processing of results was designed by Pascal van Osta, P.Geo according to NI 43–101 regulation standards and best industry practices.

The technical information in this document has been reviewed and approved by Pascal van Osta, P.Geo., Vice President Exploration, who has experience with the style of mineralization under consideration and is a Qualified Person under NI 43–101.

Komet Resources Inc. is a Canadian-based gold mining and exploration company, listed on the TSX-V, with a focus on exploration and production at its projects in Burkina Faso and Mali, West Africa.

The drill program and sampling protocol were managed by Komet under the supervision of Jacques Marchand, P.Geo. The reverse Circulation drill holes are drilled at 4-inch sizes. After the cyclone, the entire material corresponding to 1 m interval is collected and divided with a Jones Riffles splitter type to get a 2–3 kg sample. Analytical testing and reporting of quantitative assays for the Kabaya results reported in this press release was performed independently by SGS Mineral Mali SARLU accredited by SANAS and conforms to the requirements of ISO/IEC 17025:2005 for specific tests as indicated on the scope of accreditation to be found at http://sanas.co.za/. Gold analyses reported in this release was performed by standard fire assay (FA505) using a 50-gram charge with atomic absorption finish. A system of blanks, standards and duplicates were added by the Company to the sample streams to verify accuracy and precision of assay results, supplementing a variety of internal QA/QC tests performed by SGS Minerals. The samples were securely transported by Komet personnel from the project site to the SGS sample preparation facility in Bamako, Mali.