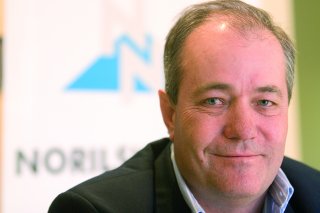 Keegan Resources Inc. (TSX:KGN)(NYSE MKT:KGN) announced that effective March 1, 2013 the Company will operate under the name Asanko Gold Inc., reflective of the region in Ghana where it operates.

Keegan’s management decided to change the name of the company to reflect the transformation from an advanced stage exploration and development company to a significant gold producer. Keegan currently has $205 million dollars in the treasury and is planning on releasing a Pre Feasibility Study for its flagship Esaase Gold Project early in Q2 2013 which will further outline the Company’s plans to rapidly advance Esaase towards construction in Q4 2013 and ultimately production in 2015.

The name change was approved by shareholders at an EGM held February 19, 2013 and subsequently approved by both the Toronto Stock Exchange and NYSE MKT. Effective at the opening of trading on March 1, 2013 the Company will now trade under the ticker symbol “AKG” on both exchanges. The Company’s website has also been changed to www.asanko.com.
The CUSIP number assigned to the Company’s shares following the name change is 04341Y105 (ISIN: CA04341Y1051). Certain changes in CUSIP number may cause a temporary interruption in electronic trading in the United States and/or with the Depository Trust Company. The Company encourages any concerns in this regard to be directed to the shareholder’s broker or agent.
On behalf of the Board of Directors,