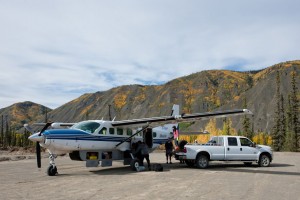 Kaminak Gold Corporation (TSX-V:KAM) is pleased to announce that the Company has closed the private placement financing with Ross Beaty and Zebra Holdings and Investments S.a.r.l., Luxembourg (a company owned by a Trust whose settlor was the late Adolf H. Lundin) announced on July 14, 2014. The Company issued 16,900,000 units at a price of $0.80 per Unit, for gross proceeds of $13,520,000. Each Unit consists of one common share of the Company and one-half of one common share purchase warrant. Each Warrant entitles the holder thereof to purchase one Common Share at a price equal to $1.20 for a period of 12 months following closing.

Each purchaser received the right to nominate one person to the Company’s board of directors and a pre-emptive right to participate in any future proposed equity offering of the Company in order to maintain its pro rata shareholding, subject to certain exceptions. These rights can only be exercised by a purchaser if it owns more than a 5% interest in the Company.

The Company intends to use the net proceeds of the Offering for continued exploration and development of the Company’s Coffee Gold Project in Yukon, Canada.