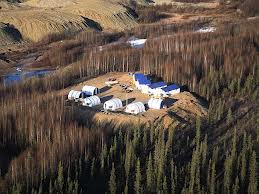 Kaminak Gold Corporation (TSX-V:KAM) is pleased to announce that the Company has closed the bought deal private placement financing announced on March 10th, 2014. The Company issued 14,025,400 units at a price of $0.82 per Unit, for gross proceeds of $11,500,828. Each Unit consists of one common share of the Company and one-half of one common share purchase warrant. Each Warrant entitles the holder thereof to purchase one Common Share at a price of $1.20 for a period of 12 months following closing.

The Company intends to use the net proceeds of the Offering primarily for continued exploration and development of the Company’s Coffee Gold Project in Yukon, Canada and for general working capital purposes.

The Offering syndicate was led by Cormark Securities Inc. and included BMO Capital Markets, Raymond James Ltd., RBC Capital Markets, and Canaccord Genuity Corp. (collectively the “Underwriters”). In connection with the Offering, the Underwriters received a cash commission on the sale of the Units, representing 6% of the aggregate gross proceeds raised. The securities issued under the Offering are subject to a hold period which will expire four months and one day from the date of closing, being July 28, 2014.