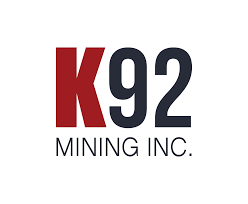 K92 Mining Inc. (TSX: KNT) is pleased to announce that, further to the Company’s press release dated June 13, 2022, the Company has closed its bought deal private placement for aggregate gross proceeds of CAN$50,000,875, pursuant to which the Company issued 5,405,500 common shares at a price of CAN$9.25 per Share.

The Company filed a short form prospectus dated June 27, 2022 in the provinces of British Columbia, Alberta and Ontario, Canada, pursuant to National Instrument 44-101 – Short Form Prospectus Distributions to qualify the distribution of the Shares offered pursuant to the Offering. Copies of the Prospectus and documents incorporated by reference therein are available electronically on SEDAR (www.sedar.com) under the Company’s issuer profile.

K92 Mining Inc. is engaged in the production of gold, copper and silver from the Kora and Judd deposits at the Kainantu Gold Mine in the Eastern Highlands province of Papua New Guinea, as well as exploration and development of mineral deposits in the immediate vicinity of the mine. The Company declared commercial production from Kainantu in February 2018 and is in a strong financial position.

K92 is operated by a team of mining company professionals with extensive international mine-building and operational experience.