Jordan Roy-Byrne – “US Dollar Outlook & What it Means for Gold”

Jordan Roy-Byrne – “US Dollar Outlook & What it Means for Gold”

We do not focus too much on the US dollar because in the big picture Gold usually leads movements in the dollar. As it pertains to the present, Gold’s failure to breakout (while the dollar made two new lows since the summer 2016 peak in Gold) implies that the the dollar, at worst is not going much lower anytime soon. At best, it could signal that the dollar’s bull market will resume. With that said, the dollar is approaching an interesting juncture and how it performs will certainly have some impact on the precious metals sector moving forward.

It’s possible that the typical negative correlation between Gold and the dollar could strengthen in the weeks and months ahead due to a potential peak in Gold denominated against foreign currencies (FC).

While Gold/FC closed at a 14-month high a few weeks back, it then formed a sharp reversal and has continued to trade lower. Unless Gold/FC can make a weekly close above 60 (below), then its recent peak may stand for a while. 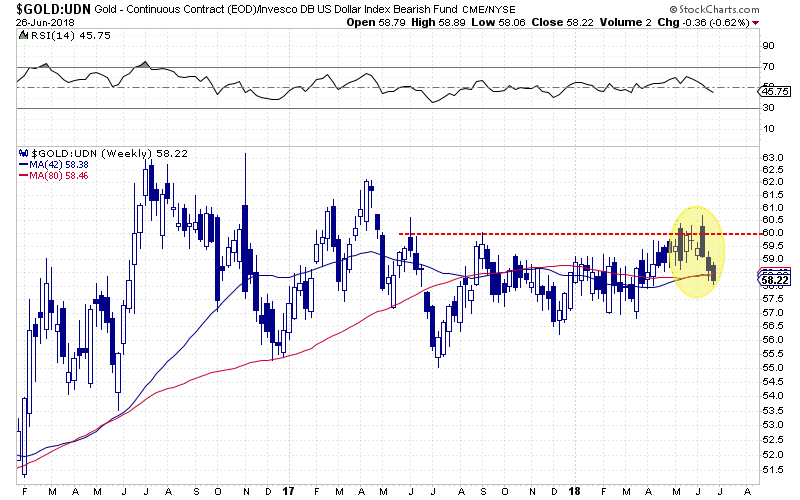 If Gold is not going to trend higher against foreign currencies, then that means its increasingly reliant on dollar weakness.

Although Gold has struggled in recent weeks, it is approaching a short-term low and that figures to coincide with a correction in the US dollar. 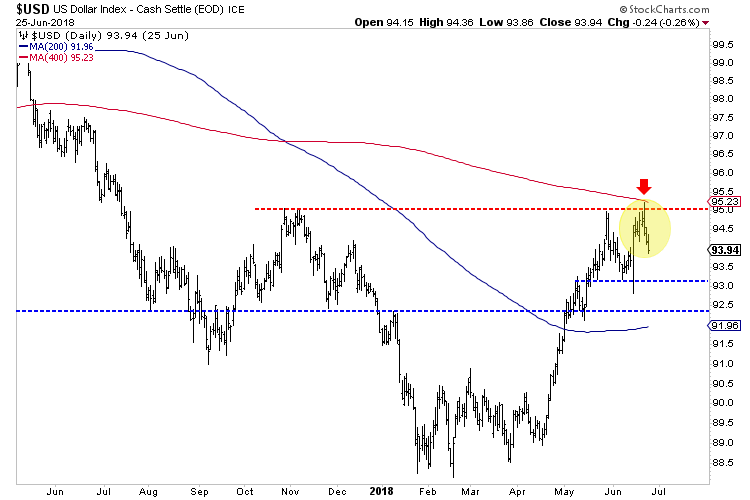 Moving beyond the short-term, we sense that the dollar is approaching an important juncture. The weekly chart below shows a very strong confluence of resistance below 96. The question is will the dollar reverse lower and resume the bear market that began in 2017 or, will it punch through strong resistance and signal a resumption of the previous bull trend? 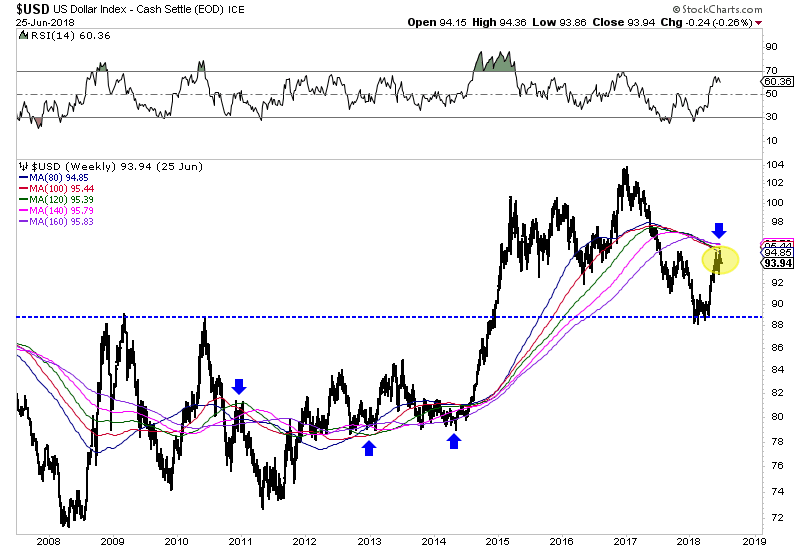 Given that Gold usually moves ahead of moves in the dollar, its own inability to break higher while the dollar was making new lows was an early signal favoring the bullish outlook for the dollar. That view would be confirmed if and when the dollar surged above major resistance at 96.

While Gold would certainly be hit in that scenario, I don’t view a dollar rally as the worst scenario for Gold as it would ultimately lead to an end in Fed hikes. Extended strength in the dollar coupled with more rate hikes would initially pressure Gold but could ultimately lead to much softer policy, and a real bull market in precious metals. Given our cautious views, we have narrowed our focus to a smaller group of companies capable of performing well in this environment. To follow our guidance and learn our favorite juniors for the next 6 to 12 months, consider learning about our premium service.