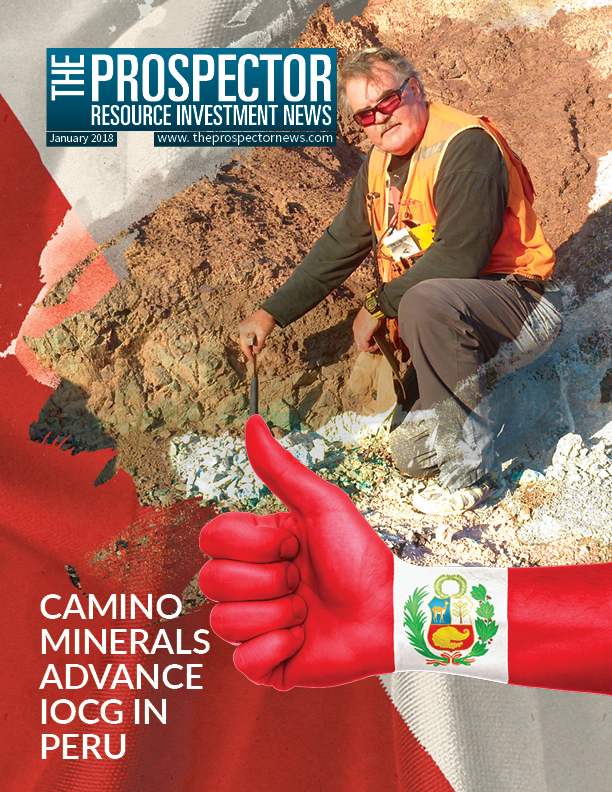 Ken McNaughton, President and CEO of Camino Minerals Corp. is justifiably pumped as he talks to The Prospector from his Burrard Street office.

08          BC’s 500Km Gold Belt has Another Significant Project Developing Right Next to Pretivm’s KSM and Seabridge’s Iron Cap Deposit: AMK is a Partner in that Play

As 2018 dawns, an upside replay for the metals and miners looks highly probable.

A steadily growing number of market watchers and pundits of various bents has been warming to the idea of a new secular bull market in commodities being underway.

As the World Turns to Electric Power It’s the name that starts to tell the story of Infinite Lithium Inc. (ILI: TSX-V) […]

I have commented and written extensively on the generally negative correlation of the US dollar and gold.

Sitting somewhere on a hard drive in what I assume is a landfill is about one half of a Bitcoin that used to belong to me.

Newrange Gold Corp. strides into 2018 with news of a “host rock” find in the Nevada desert.

As a general rule, the most successful man in life is the man who has the best information.

The world’s premier mineral exploration and mining convention is gearing up for a return to downtown Toronto, featuring another outstanding lineup of speakers […]

Cerro Las Minitas Project Numbers Are In; Dramatic Rise in Indicated and Inferred