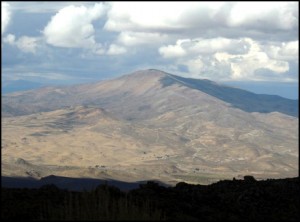 International Enexco Ltd. (TSX VENTURE:IEC)(OTCQX:IEXCF)(FRANKFURT:I6E) is pleased to announce positive results of its independent National Instrument 43-101-compliant updated Pre-Feasibility Study of the 100% owned Contact Copper Project, Nevada. The PFS was prepared by Hard Rock Consultants, LLC  of Golden, Colorado. The full technical report will be filed on SEDAR within 45 days of this news release. The PFS describes the technical and economic viability of an open-pit mine with recovery of copper by heap leaching with solvent extraction and electrowinning.

All amounts are stated in U.S. dollars.

Highlights of the PFS study are as follows:

“Completion of this PFS is a critical milestone for Enexco,” stated Arnold Armstrong, President and CEO of International Enexco Ltd. “Last year we did a significant amount of drilling which followed a property acquisition we made in 2011. That work culminated in a new resource estimate last fall. Along with changes in economic conditions and scope of the project, an update of the pre-feasibility study we completed in 2010 was required before advancing the project further. We are pleased with the results which demonstrate the viability of the Contact Copper Project. While the results are positive, we believe we still can enhance the project further, including the potential to define additional resources and extend the mine life. We will continue to focus on these aspects as we work towards a feasibility study and permitting.”

Enexco has held an interest at Contact since the Company was founded in 1987. Enexco now holds a 100% interest in about 7,000 acres in patented and unpatented mining claims, of which a portion was acquired in a 2011 land deal with Allied Nevada Gold Corp(1).

Copper mineralization has been defined by drilling for 7,500 feet in length and 3,000 feet in width along an east-west trend. The mineralization occurs in and around quartz veins within granodiorite, forming zones of vein and disseminated copper oxides tens to hundreds of feet in width and extending to depths greater than 1,000 feet. An updated resource estimate(2) was completed in 2012 using the results of drilling since the land deal with Allied Nevada Gold Corp (2012 NI 43-101 Technical Report on the Contact Copper Project, Nevada, USA by 3L Resources, Ltd (2012 RE)). Drilling on the property now totals 254,998 feet in 329 core and reverse circulation holes.

The PFS updates the resource estimate in the 2012 RE, and a previous reserve estimate and economic analysis in the 2010 NI 43-101 Technical Report Pre-feasibility Study Update for the Contact Copper Project by Gustavson Associates(3). The current estimates utilize the same database and parameters as the 2012 RE with minor adjustments to geologic boundaries. Mineral resources in the 2012 RE were global estimates, and were unconstrained by pit limits. In the PFS, the updated NI 43-101 compliant Mineral Resource estimate is constrained by a pit based on a copper price of $4.00 per pound(4) with costs and recoveries in the PFS at a calculated cut-off of 0.07% copper (Cu). The Measured and Indicated Mineral Resources is inclusive of those mineral resources modified to produce the Mineral Reserves.

The Mineral Reserve in the PFS was determined from an optimized pit using operating cost and recovery values from the PFS. Overall pit slopes were varied according to the results of geotechnical study, and ranged from 40 to 52 degrees. Only measured or indicated blocks were used in the optimization, and inferred blocks were treated as waste. The ultimate pit is divided into three phases for the production schedule.

Metallurgical data, including previously reported column leach tests(5), were reviewed by Dr. Deepak Malhotra of Resource Development, Inc. Copper extractions were included in the block model by material type and resulted in a projected overall copper extraction of approximately 76% for the production schedule. From the data, it was determined the ore requires crushing to minus-1-inch size and requires no pre-curing with strong acid. From column tests and neutralization potential data, acid consumption was calculated at 17 pounds per ton of ore. Further test work is needed to confirm copper recovery, acid consumption and leaching characteristics for a feasibility study.

Capital costs were developed by HRC for the major project areas. The mining capital is developed from a major equipment list with quotes from manufacturers, which includes lease-purchase of the initial mining fleet. The heap leach pad capital is developed from estimates by MWH Global, Inc. who designed the heap leach pad and related facilities. The plant capital is developed from equipment quotes, factored estimates, and comparisons with other recently constructed projects. The initial capital costs are estimated at $188.9 million, including indirect costs and contingency. With working capital, sustaining costs and reclamation, the total life-of-mine capital costs are estimated at $331 million. Operating costs were estimated from schedules of labor, materials and supplies over the project life, with ore production ranging up to 57,000 tons per day. Including property taxes and royalties, operating costs are estimated at $5.68 per ton of ore, or $1.73 per pound of copper produced. The required labor force is estimated to range from 235 to 309 employees.

The economic analysis by HRC is developed from the production schedule using a copper price of $3.20 per pound. Ore production to the heap leach pad is projected at an initial rate of 30,000 tons per day, increasing to 57,000 tons per day by Year 6 of operation. Copper production from the SX-EW plant is projected to average 49.2 million pounds per year over a 9.4 year mine life, for total production of 462 million pounds of copper cathode. U.S. corporate, state and local taxes are applied to the after-tax analysis. Sensitivity of the project to varying copper prices is shown in the accompanying table.

HRC concludes the economic analysis supports advancing the project to a feasibility study. A number of areas are noted to enhance the project further, including extending the mine life by defining additional copper oxide resources on the property. The two most significant targets identified thus far by Enexco are the Copper Ridge and the New York prospects, both are untested by drilling.

International Enexco Ltd. is a North American exploration and development company focused on the Contact Copper Project in Nevada and the Mann Lake and Bachman Lake Uranium Projects in Saskatchewan’s prolific Athabasca basin. The Mann Lake project is a joint venture with Cameco (52.5%) as operator, Enexco (30%) and AREVA (17.5%), two of the world’s largest uranium companies. The Bachman Lake project is a joint venture between Denison Mines Corp. (80%) as operator, and Enexco (20%).