Integra Gold to Acquire Sigma-Lamaque Milling Facility and Mine 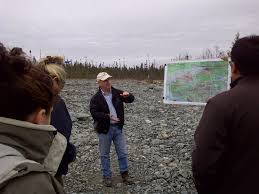 Integra Gold Corp. (TSX-V:ICG) (OTCQX:ICGQF) is pleased to announce it has entered into an Asset Purchase Agreement to acquire the Sigma-Lamaque Milling Facility and Mines adjacent to Integra’s Lamaque Project in Val-d’Or, Québec. The Property is being acquired from Samson Bélair/Deloitte & Touche Inc. who is acting as court-appointed receiver of the assets of Century Mining Corporation. The aggregate purchase price is $7.55 million, comprised of $1.8 million in cash and 25 million common shares valued at $5.75 million (based on share price of $0.23 per share), subject to adjustment as discussed below. Integra is paying $500,000 of the cash consideration to a third party for the crusher and related assets located on the Property. The Transaction has received conditional approval from the TSX Venture Exchange and has been authorized by the Superior Court of Quebec, who granted a vesting order pursuant to the receivership process. Closing is scheduled for October 2014.

The assets to be acquired by Integra include a permitted 2,200 tonne per day (“tpd”) milling complex and tailings facility adjacent to Lamaque South, as well as permitted underground infrastructure including three portals, mechanical shop, office, dry, equipment, and all mining concessions and mineral claims on the past-producing Property.

Concurrent with the Transaction the Company also announces it has independently entered into a separate agreement with a third party construction materials and mining service company (the “Waste Rock Company”), in which the Waste Rock Company has agreed to pay to Integra $1,025,000 in cash in exchange for access and ownership over the waste rock on the Property as well as a portion of certain mining concessions. The Waste Rock Company will also assume all of the environmental reclamation obligations associated with their waste rock property, significantly reducing the overall obligation to Integra.

Integra President and CEO, Stephen de Jong, commented, “For a myriad of reasons, this synergistic acquisition is exceptionally well tailored to our future needs and comes at an attractive price with minimal impact on our strong treasury. Our primary objective in the transaction was to secure a mill to process material from Lamaque South. In addition to securing a mill, we gain a strong partner in the Waste Rock Company to not only assist with the purchase price, but also substantially reduce the environmental reclamation and restoration obligation. The Property also comes with a sizeable gold resource, which may not fit our immediate development criteria as we focus on Lamaque South’s high-grade resources, but will have a material impact on the Company’s total mineral resource inventory. The mineral resource inventory on the Property could be developed in the future, dependent on gold prices and our experience with mining and milling operations at Lamaque South.

“Integra’s executive team has worked with the Vendor, the Quebec Ministry of Energy and Natural Resources, and other interested parties to formulate a transaction that benefits all parties, including the City of Val-d’Or and its residents. This transaction represents a transformational step in the advancement of Integra’s overall strategy as we have secured well-built processing and permitted tailings storage facilities at an exceptional price, minimized our exposure to historic reclamation obligations and are now positioned to create economic opportunities for the local community while respecting our commitment to that community.”

The Property is comprised of the former Sigma (Placer Dome) and Lamaque (Teck Cominco) underground mines. Each of these two mines have, over 60 years of operating history, collectively produced over 9 million ounces of gold. The Sigma and Lamaque mines were consolidated under Placer Dome in 1993. Following Placer Dome’s ownership there have been various owners with the most recent being Century since 2004. The Property has been on a care and maintenance program since 2012.

The Property is adjacent and directly north of Lamaque South. The mill has been well maintained and on an extensive care and maintenance program since its closing in May 2012. The mill has an operating capacity of 1,200 to 2,200 tpd with processing flowsheet using gravity concentration, cyanidation and carbon in pulp gold recovery, the process recognized as optimal for processing Lamaque South mineralization. Metallurgical gold recoveries from the mill have consistently been reported by prior operators in excess of 95% processing the same type of mineralization as that encountered at Lamaque South.

The Property has many key permits in place. Integra commissioned Golder Associates Ltd. to provide a study on the current condition of the tailings facility as well as future expansion potential. The tailings pond currently has two to three years of capacity which can be increased to accommodate future capacity requirements by raising existing dykes. This raise can be completed by utilizing tailings and waste material already on site. The tailings facility has been maintained and monitored by a full time environmental manager throughout the care and maintenance period and is considered to be in good standing with the MERN. The tailings are non-acid generating.

Future Plans for the Property

As disclosed in the technical report commissioned by Century entitled “Technical Review of the Mining Plan/Operations and Audit of the Resource and Reserve Estimates for the Lamaque Mine Project, City of Val-D’Or, Bourlamaque Township, Abitibi County, Québec, Canada NTS Map 32C/04” dated August 2, 2011 completed by Micon International Ltd. and filed on the SEDAR profile of Century, mining concessions on the Property contain 586,000 oz of Measured and Indicated gold resources at 4.96 g/t and 1,853,000 oz of Inferred gold resources at 6.29 g/t.

Table 1. Mineral Resource Estimate for the Property as of June 20, 2011

Notes: As disclosed in the Technical Report dated August 2, 2011; effective date June 20, 2011. The estimate of the mineral resources presented forthe Property were audited by William J. Lewis, B.Sc., P.Geo. and Dibya Kanti Mukhopadhyay, MAusIMM (CP), of Micon, who are independent of Century. The cut-off grade is 1 g/t gold for substantially all of the reported resources. See the Technical Report for additional information with respect to the Property.

Integra has not independently verified this mineral resource estimate although, to the best of its knowledge, information and belief, there is no new material scientific and technical information that would make disclosure of the mineral resources inaccurate or misleading. Integra intends to commission Micon in 2014, the independent authors of the 2011 Technical Report for the Property, to update the report incorporating any mining completed since the last disclosure and changes in assumptions.

Implications for the Val-d’Or Community

Since September 2013, Integra has developed a proactive approach to information and consultation regarding the potential development of Lamaque South based on commitment, honesty, and transparency. Integra is committed to developing a mining operation that follows a sustainable development approach while establishing a high level of social acceptability.

The local project team, with the help of specialized consultants, identified more than 20 stakeholders, both individuals and large groups, which could be affected by the development of Lamaque South. Integra then completed two major phases of information/consultation meetings to discuss and gather the concerns of those stakeholders. During these two phases of information/consultation the Company has met with over 500 individuals. A formal consultation committee composed of 15 representatives from the various stakeholder groups was recently formed. The primary objective of this committee is to assess and address any potential impacts Lamaque South’s development could have on the community.

The impact of the acquisition will be integrated into the Company’s development and consultation processes. Integra, which considers itself a part of the Val-d’Or community, will be mindful of the track record of previous operators and the long history of the Property. Integra is committed to continuing its proactive approach in ensuring its development plan maximizes the benefits to the community it operates in.

Additional Details of the Transaction

Integra has been evaluating various mill acquisition opportunities in the Val-d’Or region. As part of the evaluation and thorough due diligence process, Integra engaged independent consultants, including WSP Global Inc. and Golder to complete infrastructure and environmental reviews of the mine and mill sites, provide an estimate of the capital and operating costs associated with restarting and operating the mill, and give an evaluation of the tailings facility. Upon satisfactory completion of their multi-aspect technical due diligence, Integra advanced a $500,000 deposit to the Vendor. Integra will pay the residual cash consideration, of which Integra intends to use the Waste Rock Company’s $1,025,000 cash payment and contribute the balance of $275,000 from its existing resources, on close of the Transaction. Of the cash portion of the purchase price, $500,000 will be paid directly to a third party in consideration for the crusher and related assets located on the property, with the balance paid to the Vendor. The Share Consideration issuable at Closing will be the greater of 25 million common shares and that number of common shares having an aggregate value of $5.75 million based on a price per share equal to the volume weighted average price of the Integra Shares on the TSXV for the five trading days preceding the closing of the Transaction, subject to a maximum issuance of 19.9% of issued share capital in all cases.

The Transaction was approved pursuant to a vesting order which was granted today by the Superior Court of Québec, Commercial Division, vesting all right, title and interest in and to the Property and other acquired assets in and with Integra free and clear of all encumbrances, and has received conditional approval of the TSX Venture Exchange. The Transaction is anticipated to close in October 2014 and, in any case, must be completed no later than October 31, 2014.

Integra’s Lamaque South project is located in the heart of the Val-d’Or gold camp in the Province of Québec, Canada, approximately 550 km northwest of Montréal. Québec is rated one of the best mining jurisdictions in the world. Infrastructure, human resources and mining expertise are readily available.

The Company’s primary objective is to continue to prove up additional resources while advancing the existing resource towards production. The project is divided into three main clusters of mineralization, the North, South and West Cluster. The North Cluster consists of the Parallel, Fortune, No. 5 Plug, and No. 3 Mine Zones and is located approximately 1 km northwest from the South Cluster, which includes the No. 4 Plug, Triangle and Triangle South Zones. The Sixteen Zone and No. 6 Vein form the West Cluster.