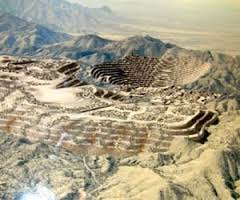 HudBay Minerals Inc. (TSX:HBM) (NYSE:HBM) and Augusta Resource Corporation today announced the completion of the amalgamation of Augusta and an indirect, wholly-owned subsidiary of Hudbay. As a result of the amalgamation, which was approved by more than 99.99% of the votes cast by both all shareholders of Augusta and shareholders of Augusta entitled to vote in the determination of minority approval of the amalgamation in accordance with Multilateral Instrument 61-101 – Protection of Minority Security Holders in Special Transactions, Augusta now is a wholly-owned subsidiary of Hudbay.

Hudbay is a Canadian integrated mining company with assets in North and South America principally focused on the discovery, production and marketing of base and precious metals. Hudbay’s objective is to maximize shareholder value through efficient operations, organic growth and accretive acquisitions, while maintaining its financial strength. A member of the S&P/TSX Composite Index and the S&P/TSX Global Mining Index, Hudbay is committed to high standards of corporate governance and sustainability.