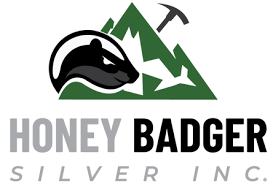 Honey Badger Silver Inc. (TSX-V: TUF) is pleased to announce the appointment of Mr. W. Douglas Eaton, B.A., B.Sc. to the Board of Directors effectively immediately.

Chad Williams, Executive Chairman of Honey Badger Silver commented, “We are very fortunate to have Doug join the Honey Badger Board. He is renowned industry-wide for his leading technical and geological expertise that has led to significant discoveries, particularly in the Yukon where he will be a tremendous support to our efforts and in building our silver asset base.”

Mr. Eaton obtained a Bachelor of Science degree in Geology from the University of British Columbia in 1980, and a Bachelor of Arts degree from the University of Alberta in 1971. He has been with consulting firm Archer, Cathro & Associates (1981) Limited since 1971 serving as principal since 1981. He has exceptional knowledge of Yukon geology and has contributed to several important discoveries, including the Blende Ag-Pb-Zn deposit, Marg Zn-Cu-Pb-Ag-Au, Klaza Au-Ag deposit and the Wolverine Zn-Ag-Pb-Cu-Au deposit. He was a 2012 recipient of the H.H. “Spud” Huestis Award for excellence in prospecting and exploration for his role in the discovery and development of the Rackla Gold Belt.

Mr. Eaton has served as a director and officer of numerous public companies on the TSX Venture Exchange for over three decades and is currently President and CEO of Strategic Metals Ltd.

The Company also announces that Mr. Chad Gilfillan has chosen to step down from the Board.

“Chad Gilfillan has been an extremely valuable Board member and has contributed to the direction and growth of the company. We are fortunate to have benefitted from his capital markets expertise,” said Chad Williams, Executive Chairman and Director of Honey Badger Silver.

The Company also reports that it has extended its Flow-Through Financing for aggregate proceeds of $1.5 million. As previously announced, the FT Offering consists of 10 million shares that qualify as flow-through shares for purposes of the Income Tax Act (Canada), at a price of $0.15 per Flow-Through Share.

The FT Offering is now expected to close on or before July 23, 2021. The Company plans to pay finder’s fees of up to 7% in cash and 7% in finder’s warrants in connection with the FT Offering. Further information is available by contacting Ms. Anne Mitchell of Grove Corporate Services Ltd. at anne@grovecorp.ca Tel: (416) 642-1807, ext 309.

Honey Badger Silver is a Canadian Silver company based in Toronto, Ontario focused on the acquisition, development, and integration of accretive transactions of silver ounces. The company is led by a highly experienced leadership team with a track record of value creation backed by a skilled technical team. With a dominant land position in Ontario’s historic Thunder Bay Silver District and advanced projects in the southeast and south-central Yukon, Honey Badger Silver is positioning to be a top tier silver company. The Company’s common shares trade on the TSX Venture Exchange.