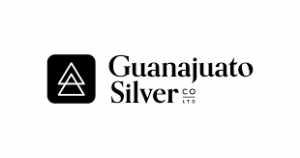 Guanajuato Silver Company Ltd. (TSX-V:GSVR) (OTCQX:GSVRF) is pleased to announce financial and operating results for the three months ended June 30, 2022. All dollar amounts are expressed in US dollars. Production results are from the Company’s wholly owned El Cubo Mine Complex and El Pinguico project in Guanajuato, Mexico.

“Month over month improvements in precious metals production, recoveries, and tonnes milled during Q2 were the hallmarks of a positive trend that we see continuing through the remainder of the year as we complete the ramp-up phase at El Cubo,” said James Anderson, Chairman and CEO of Guanajuato Silver. “We remain on-track to accomplish all of our original objectives at El Cubo as we now look to our Mexican operations teams to mirror the same success at our newly acquired mining assets of San Ignacio, Valenciana, and Topia, where production activities have already begun; the details of which will be discussed in a subsequent news release.”

The complete interim financial statements and management’s discussion & analysis for the three months ended June 30, 2022, can be viewed on SEDAR at www.sedar.com and at the Company`s website at gsilver.com.

GSilver is a precious metals producer engaged in reactivating past producing silver and gold mines near the city of Guanajuato, Mexico, which has an established 480-year mining history. With five mines and three processing facilities, the Company is one of the fastest growing silver producers in Mexico.