Guanajuato Silver Company Ltd. (TSX-V:GSVR) (OTCQX:GSVRF) is pleased to report the discovery of high-grade gold and silver material in an historical tailings area at the Company’s wholly owned El Cubo Mine Complex in Guanajuato, Mexico.

Commenting on this news, James Anderson, Chairman & CEO said, “Our intention is to add additional silver and gold concentrate production through an independent gravity separation circuit. This will allow us to expand overall production at El Cubo without interfering with the regular flow of material through our processing facility. GSilver’s ability to identify and then rapidly act upon this opportunity is demonstrative of the technical quality of our Mexican operating team. Going forward, we plan to investigate and subsequently exploit similar development opportunities that we believe exist within the Guanajuato mining district, where processing of precious metals has been ongoing for over 450 years.”

The Mastrantos IV tailings facility is located approximately 3km from the El Cubo mill and had an operational history dating principally between 1986 to 2003, during which time the price of gold generally traded below US$400 per ounce. Also, most of the Mastrantos IV material comes from El Cubo’s Santa Cecilia area which at that time was encountering bonanza gold grades. These combined circumstances may have contributed to the low gold recoveries and the high-grade values left in the tailings.

The target area at Mastrantos IV is a gold and silver mineralized layer starting at surface and extending to approximately 1.5 meters in depth; a total of 134 shallow holes (drilled to approximately 2.0m total depth) were drilled over an area of more than 43,000 sq. meters. Silver equivalent (AgEq) results for each hole are included in Figures 1 and 3 below; higher grades of greater than 250 gpt AgEq are common and make up the majority of the drillholes that define this mineralized layer. GSilver has not undertaken a NI 43-101 resource estimate for this mineralized material; however if metallurgical tests support economic viability, GSilver plans to begin processing the Mastrantos IV material as soon as practicable.

Preliminary testing to date, which has included a bulk sample and numerous metallurgical trials completed in conjunction with the University of Guanajuato’s School of Mines, has demonstrated encouraging results. Once final metallurgical tests are completed, the Company plans to extract the gold and silver content from Mastrantos IV using a gravity extraction circuit.

The El Cubo Mine has been in almost continuous operations for the past 200 years. GSilver will continue to investigate additional opportunities for tailings reprocessing from other tailing facilities located on its properties – many of which pre-date Mastrantos IV. 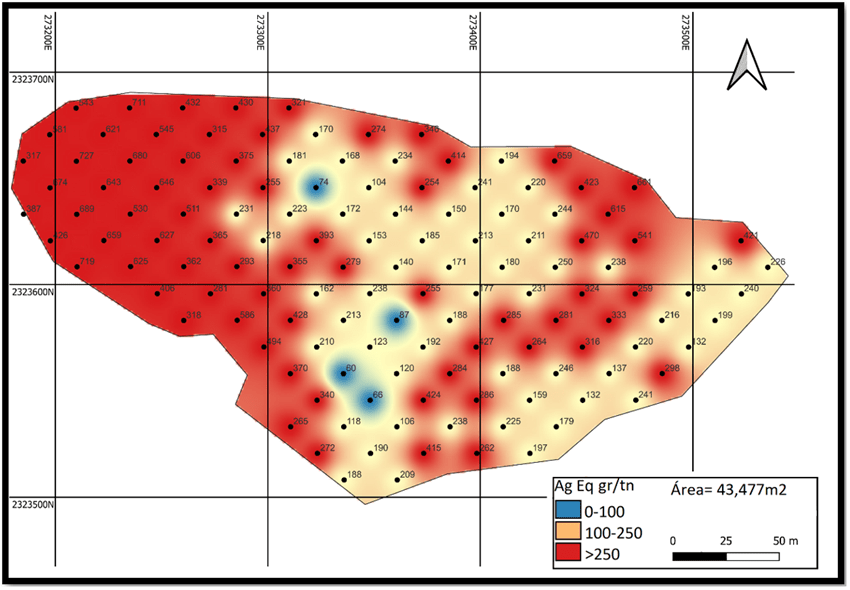 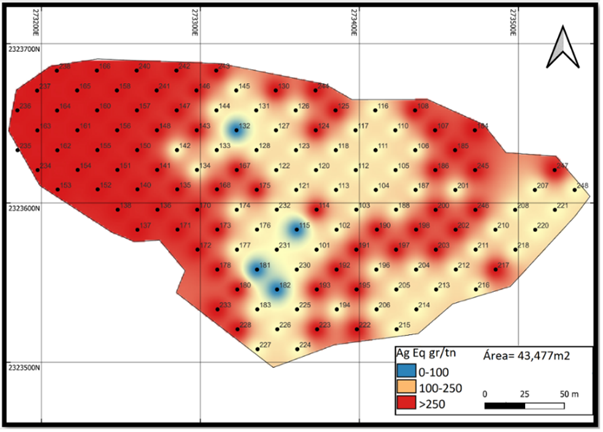 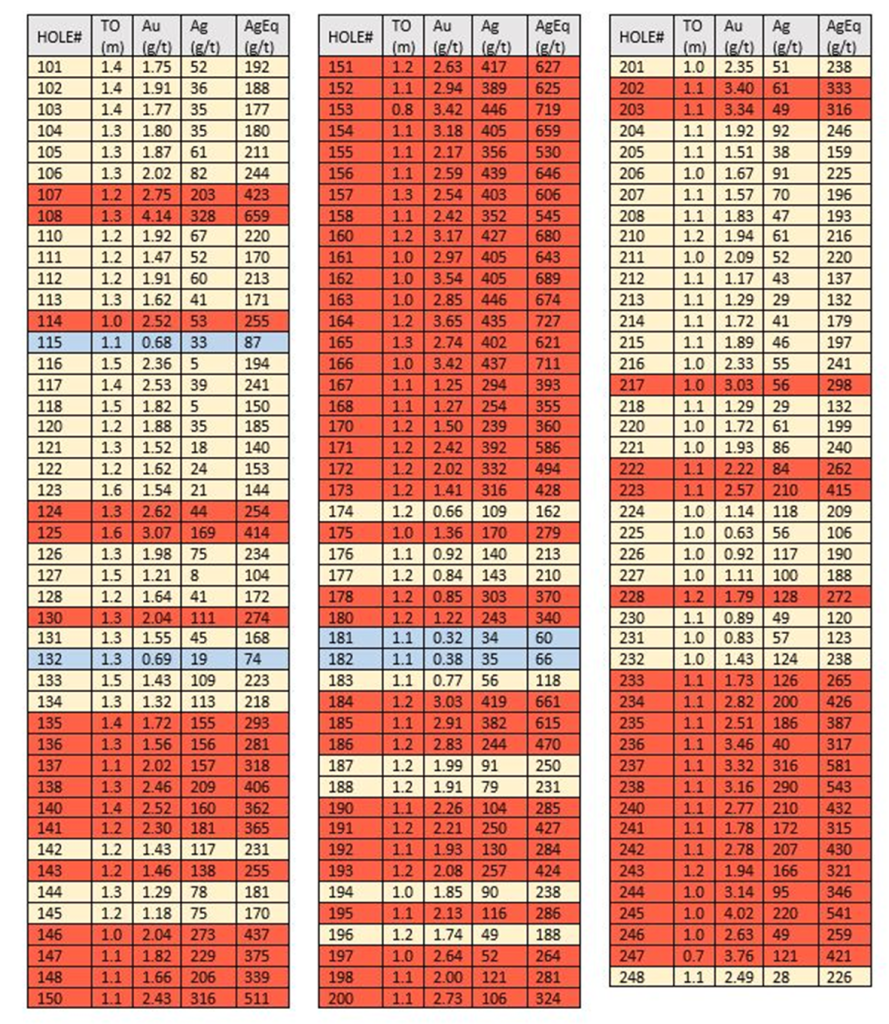 Note: All silver equivalent values are calculated based on a long-term gold to silver price ratio of 80:1 as used by mineral industry advisors, Behre Dolbear and Company (USA), Inc., in the Company’s NI 43-101 PEA report with the effective date of January 31, 2021; a copy of which is available for review on SEDAR.

Drill core was first reviewed by a Company geologist, who identified and marked intervals for sampling. The marked sample intervals were then cut in half; half of the core was left in plastic bag, and the other half was placed in additional plastic bags, sealed and labeled. Intervals and unique sample numbers are recorded on the drill logs and the samples are sequenced with standards and blanks inserted according to a predefined QA/QC procedure. The samples are maintained under security on site until they are shipped to the analytical lab. The analytical work reported on herein was performed by Corporacion Quimica Platinum S.A de C.V., Silao, Guanajuato, Mexico (Uncertified Laboratory). To validate our assay results and our preparation procedures, GSilver sends additional random samples representing approximately 20% of all analytical samples to Bureau Veritas in Hermosillo, Sonora, Mexico. Bureau Veritas is an ISO/IEC (International Organization for Standardization/International Electrotechnical Commission) geo-analytical laboratory and is independent of GSilver and its “qualified person”. Core samples were subject to crushing at a minimum of 70 per cent passing two millimeters, followed by pulverizing of a 250-gram split to 85 per cent passing 75 microns. Gold determination was via standard atomic absorption (AA) finish 30-gram fire assay (FA) analysis, in addition to silver and 34-element using fire assay and gravimetry termination. Following industry-standard procedures, blank and standard samples were inserted into the sample sequence and sent to the laboratory for analysis. Data verification of the analytical results included a statistical analysis of the standards and blanks that must pass certain parameters for acceptance to ensure accurate and verifiable results. GSilver detected no significant QA/QC issues during review of the data and is not aware of any sampling, recovery or other factors that could materially affect the accuracy or reliability of the data referred to herein.

GSilver mines and processes silver and gold concentrate from its El Cubo mine and mill. The Company continues to delineate for additional silver and gold resources through underground drilling at El Cubo and its nearby El Pinguico project. Both projects are located within 11km of the city of Guanajuato, Mexico, which has an established 480-year mining history.