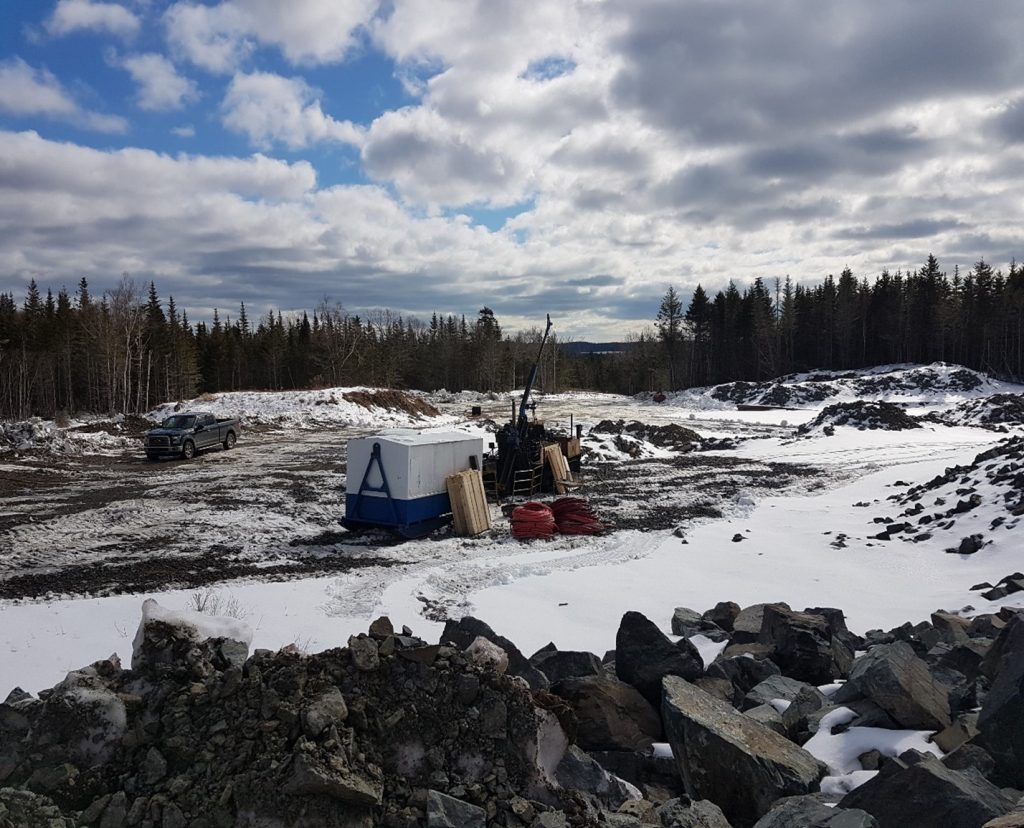 The current drilling program is being conducted in an area of anomalous rock and soil samples identified by the Company during 2020 and within the magnetic high trend. Rock samples collected by the Company during 2020 prospecting and trenching programs returned anomalous values for zinc and copper including bedrock samples of 7810 ppm zinc (0.781% Zn), 5800 ppm zinc (0.58% Zn), 806 ppm copper and 583 ppm copper and a float sample returning 1100 ppm copper.  Some rock and soil samples from this area returned anomalous values for gold. The drilling program will be a minimum 600 meters with at least 3 holes to be completed. 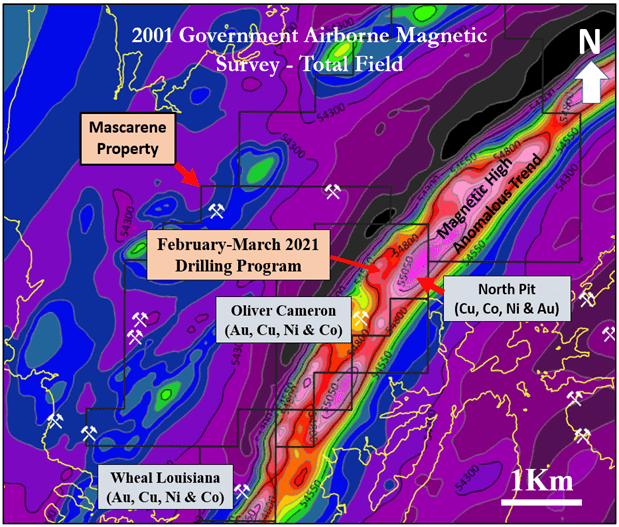 The current drilling program is also testing within a broad northeast trending zone of magnetic high anomalies (identified during a 2001 government airborne magnetic survey). This zone of magnetic high anomalies extends through the entire Mascarene Property, including the east region where drilling is underway. Gold, silver, copper, nickel, cobalt and / or zinc mineralization is reported locally within and / or adjacent to this magnetic trend including two mineral occurrences with historic workings (Oliver Cameron Mine and Wheal Louisiana Mine occurrences) and within a small quarry referred to as the North Pit. Great Atlantic’s management speculate this magnetic high trend to be associated with a buried mafic intrusion(s) and a possible target for mafic intrusive hosted copper-nickel-cobalt deposits.

The Mascarene Property covers an area of approximately 2,080 hectares. The property is located approximately 6 kilometers southwest of the town of Saint George. Access is excellent with paved provincial roads transecting the property and within close proximity of the property. 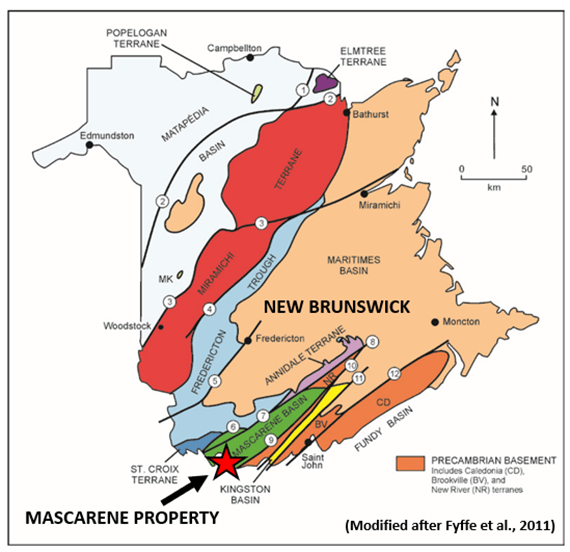 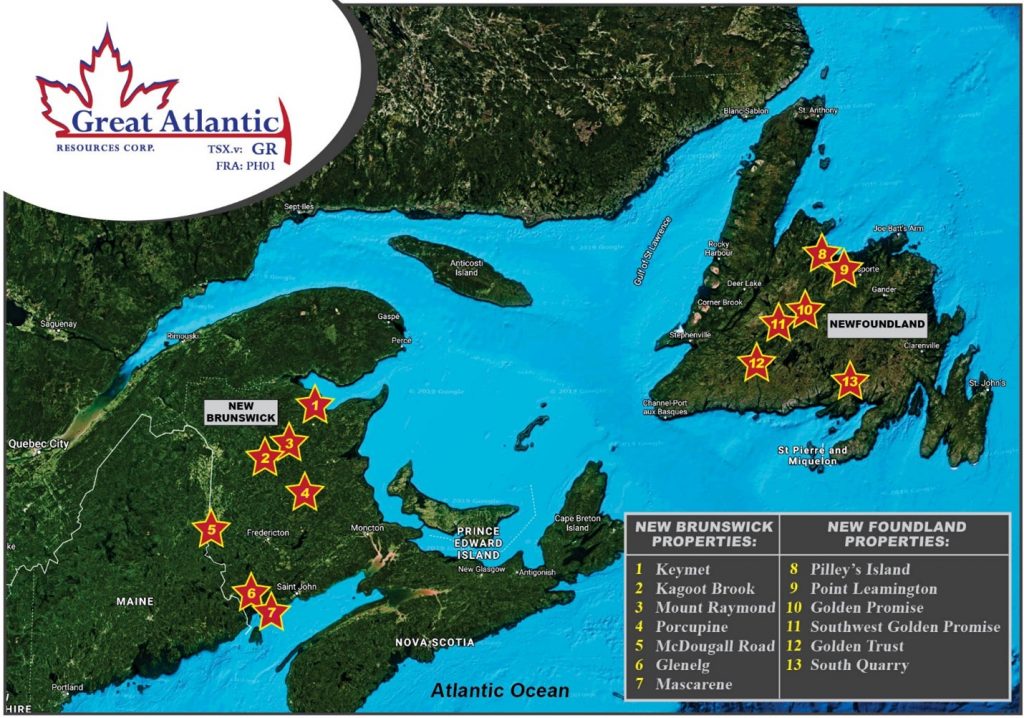