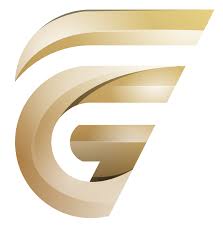 Highlights of the Hercules Drill Program to Date

“These four holes drilled just before the Christmas break yielded significant gold mineralization from the GMZ. Intersections in the GMZ display a robust vein system and it is extremely encouraging that all four holes intercepted gold mineralization. Based on this early success resulting from a foundation of extensive data compilation and a science-based approach to its exploration of the Hercules Project, we believe that our integration of the new and historical geological, structural, geophysical and geochemical information will result in the expansion of the high-grade gold zones at the Hercules Project.”

Table 1.        Summary of the drilling completed to date includes depth of and core length of mineralization intersected, end of hole depth and interval analyses.

Table 2.        Summary of the drilling completed to date includes depth of and core length of mineralization intersected, end of hole depth and a synopsis of the mineralized interval.

The Company intends to continue to delineate the gold mineralization of the Hercules Project with its diamond drill program. This phase of the drill campaign is intended to finish with 10 holes drilled by early February. Assays will be reported as soon as available.

A report on the airborne geophysical survey conducted by GoldSpot Discoveries Corp. (TSXV: SPOT) (OTCQX: SPOFF) is expected to be received by the end of the month. The Company will be designing its next stages for the exploration of the Hercules Project based upon targets defined by the geophysical surveys integrated with the drill results and compilation of the extensive historical data.

The scientific and technical content of this press release has been prepared, reviewed and approved by Mr. Walter Hanych, P. Geo., who is a Qualified Person under NI 43-101 regulations and is a director of the Company.

Gold’n Futures Mineral Corp. is a Canadian based exploration company focused on advancing its Hercules Project. The Hercules Project is located 200 kilometres northeast of Thunder Bay, Ont., in the townships of Elmhirst and Rickaby, within the Thunder Bay North Mining District. The Hercules Project is in the heart of the Beardmore – Geraldton gold mining camp, the 4th largest gold camp in Canada and is 40 km west of the Hardrock-Greenstone gold mine development. The Hercules Project lies within an Archean greenstone belt that extends from the Longlac area in the east to Lake Nipigon in the west, a distance of about 130 kilometres and consists of 475 contiguous claim cells (10,052 ha). From the historical work completed on the Hercules Project, the Company has built an extensive database including reconnaissance grab samples; channel samples; a variety of geophysical surveys; and a drill hole database that includes historical drilling totalling in the order of 537 holes with more than 107,000 m of drill core. With surface grab samples grading up 10,374 g/t gold and channel samples up to 32.96 g/t gold across 11.6 m, the Hercules gold zones offer top tier targets for the expansion of its historical resources.