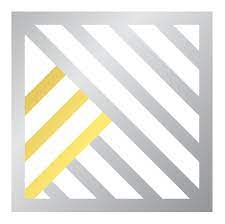 Greg McKenzie, President and CEO commented: “The two holes reported today showcase how the San Diego Project can deliver exceptionally high-grade mineralization, relatively close to surface. During Q1/22 we have now reported a total of four high-grade intersections each in excess of 1,000 g/t Ag.Eq, from within the CSplay Zone which has a known vertical strike of length of 300 m. We are also pleased with the additional high-grade results within the Montanez and the 57 Target area.”

Holes 21-62 and 22-63 were drilled at a shallow dip (-45 degrees) to test an area north of the 57 Target, a series of epithermal breccias and quartz-carbonate vein mineralization which returned 72 g/t Ag.Eq over 273.7 m, including 861 g/t Ag.Eq over 10.0 m, as previously reported in news releases dated September 8 and May 27, 2021 discussing hole 21-57 (see Figure 1)(1). Mineralization within the 57 Target is a complex interplay of several vein trends proximal to the southern contact of the Central Diorite, notably late-stage northeast trending epithermal veins intersecting with the west-northwest trending San Jose Zone system of quartz-sulfide veins with associated albite alteration. The Company is currently following up with detail surface mapping to better understand the geometry of the 57 Target mineralization.

(1) All results in this release are rounded. Assays are uncut and undiluted. Widths are core-lengths, not true widths as a full interpretation of actual orientation of mineralization is not complete. Intervals of vein mineralization were chosen based on a 110 g/t Ag.Eq cutoff. Silver equivalent: Ag.Eq g/t was calculated using 3-year trailing average commodity prices of $20.60/oz Ag, $0.90/lb Pb, $1.20/lb Zn, $1650/oz Au, and $3.25/lb Cu. The calculations assume 100% metallurgical recovery and are indicative of gross in-situ metal value, the Company is planning to perform additional metallurgical studies later in 2022. The 57 Target drill intercepts from hole 21-57, which were released in 2021, were calculated using the current silver equivalent parameters outlined above.

Golden Tag Resources uses a quality assurance/quality control program that monitors the chain of custody of samples and includes the insertion of blanks, duplicates, and reference standards in each batch of samples sent for analysis. Drill core is photographed, logged, and cut in half with one half retained in a secured location for verification purposes and one half shipped for analysis. Sample preparation (crushing and pulverizing) is performed at ALS Geochemistry, an independent ISO 9001:2001 certified laboratory, in Zacatecas, Mexico and pulps are sent to ALS Geochemistry in Vancouver, Canada for analyses. The entire sample is crushed to 70% passing -2 mm and a riffle split of 250 grams is taken and pulverized to better than 85% passing 75 microns. Samples are analyzed for gold using a standard fire assay with Atomic Absorption Spectrometry (AAS) (Au-AA23) from a 30-gram pulp. Gold assays greater than 10 g/t are re-analyzed on a 30-gram pulp by fire assay with a gravimetric finish (Au-GRA21). Samples are also analyzed using a 35 element inductively coupled plasma (ICP) method with atomic emission spectroscopy (AES) on a pulp digested by aqua regia (ME-ICP41). Overlimit sample values for silver (>100 g/t), lead (>1%), zinc (>1%), and copper (>1%) are re-assayed using a four-acid digestion overlimit method with ICP-AES (ME-OG62). For silver values greater than 1,500 g/t samples are re-assayed using a fire assay with gravimetric finish on a 30-gram pulp (Ag-GRA21). No QA/QC issues were noted with the results reported herein.