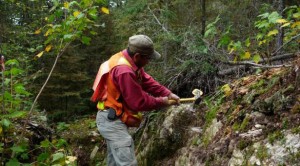 Golden Share Mining Corporation (TSX VENTURE:GSH) is pleased to announce the signature of an amalgamation agreement under which it would merge its business with Silvore Fox Minerals Corp. a Canadian junior explorer listed on the TSX Venture Exchange

Golden Share’s proposed merger with Silvore Fox seeks to leverage the input of Sinotech Minerals Exploration Co. Ltd. a leading Chinese mineral exploration and development company. Sinotech is a 50.03% shareholder of Beijing Donia Resources Co. Ltd. a cornerstone investor in Silvore Fox, which acts as its overseas development arm with a focus on Canada. Sinotech sees the merged entity as an ideal platform to further develop its activities in exploration and development of precious metals in North America.

The Parties intend to finalize a transaction under which Silvore Fox would merge with Golden Share on the basis of one share of the new company (“Amalco”) for each five existing shares of Golden Share and Silvore Fox. Each Party’s board of directors has approved the Transaction. Both Parties will seek approval of their respective shareholders at special meetings expected to be held in July 2013. The Transaction also remains subject to the approval of the TSXV.

Amalco will retain the name Golden Share Mining Corporation. Amalco’s Board of Directors will be comprised of four members, two members appointed by Silvore Fox (Ge (Anna) Mao, Vice President of Sinotech and General Manager of Beijing Donia, as Chairperson and Wenshan (Wilson) Zhang, Chief Geologist of Beijing Donia, as director) and two members appointed by Golden Share (Philippe Giaro and Christian Guilbaud). The new management team will include Philippe Giaro as President and Chief Executive Officer, Laurence Huss as Vice-President Exploration and Hua (Helen) Gao as Chief Financial Officer. Dr. Jingbin Wang, Chairman of the Board of Sinotech, will join Amalco’s Advisory Board.

Amalco will have approximately $ 1.0 M in cash post-merger and will move its head office to Silvore Fox’s current head office in Markham, Ontario.

“We are very pleased to enter into this Transaction with the support of Silvore Fox’s cornerstone investor Beijing Donia, a subsidiary of Sinotech as well as our principal shareholder, Lake Shore Gold Corp.. Golden Share’s objective has always been to develop its precious metal projects in Canada and this Transaction provides our team with a technically focused and financially very solid partner sharing our corporate objectives for the benefit of shareholders. Several meetings with Sinotech and Beijing Donia’s management teams in Canada and China as well as my recent visit of one of Sinotech’s operating mine in Northern China confirmed this common vision. It is equally important to note that, beyond our technical affinities, Beijing Donia and Sinotech share our Canadian mining culture through their corporate history with Canadian listed junior companies. They have notably recently been involved in the financing of Nickel North Exploration for which they also provide technical and corporate support. We look forward to further developing Golden Share with the support this new partner”.

Sinotech’s new structure was established in 2004 with the clear objective to become a leading emerging metal producer. Its headquarters are located in Beijing and Sinotech currently owns more than one hundred minerals projects all over the world with direct involvement in the development of over twenty subsidiary companies. Sinotech has established partnerships with all major Chinese gold producers. It currently operates four mines in China for a variety of metals including gold, silver, copper, lead, zinc, molybdenum and iron generating a revenue over Yuan 500 M ($US 81 M) per year. In addition, two other mines are currently under construction. On the exploration front Sinotech has invested over Yuan 800 M ($US 130 M) in mainland China over the past three years. Overseas, Sinotech has been actively pursuing exploration and mining opportunities with strategic direct and indirect investments in four TSXV and two ASX listed, well-funded, junior explorers developing projects for gold, base metals and nickel in Africa and North America. For further details please see the Sinotech April 2013 corporate presentation on : http://www.goldenshare.ca.

Golden Share Mining Corporation is a Canadian-based mining exploration company developing a promising portfolio of properties in the greenstone belts of eastern Canada, namely in the Val d’Or-Malartic, Red Lake and Shebandowan areas. Lake Shore Gold Corp., a Canadian emerging gold producer, holds a strategic 27.2%(i) interest in Golden Share which is led by a technically focused management team strengthened by an experienced board of directors and a proven advisory board including successful geologists Roy Corrans and Sethu Raman as well as seasoned financier Anthony Frizelle. Golden Share’s development strategy involves advancing a well balanced portfolio of gold properties in a politically stable environment with a history of gold endowment through systematic exploration, resource definition and acquisitions.