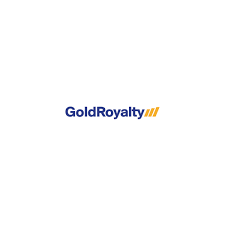 Gold Royalty Corp. (NYSE American: GROY) and GoldMining Inc. (TSX: GOLD) (NYSE AMERICAN: GLDG) announced the closing of GRC’s initial public offering of 18,000,000 units of GRC at a price of US$5.00 per Unit.

The common shares and warrants of GRC began trading on the NYSE American on March 9, 2021 under the tickers “GROY” and “GROY WS”, respectively.

On completion of the offering, GoldMining continues to hold 20,000,000 common shares of GRC, or approximately 49.0% of its outstanding common shares.

GRC has granted the underwriters a 30-day option to purchase up to an additional 2,700,000 common shares and/or up to 1,350,000 warrants at the initial public offering price, less underwriting discounts and commissions.

Registration statements have been filed with the U.S. Securities and Exchange Commission and became effective on March 8, 2021. GRC has also obtained a receipt for its final prospectus filed with the securities commissions or similar securities regulatory authorities in each of the provinces and territories of Canada, other than Québec on the date hereof. Copies of the prospectus may be obtained from H.C. Wainwright & Co., LLC, 430 Park Avenue, 3rd Floor, New York, NY 10022, or by email to placements@hcwco.com; or BMO Capital Markets, 3 Times Square, 25th Floor, New York, NY 10036, Attn: Equity Syndicate Department, or by email to bmoprospectus@bmo.com.

H.C. Wainwright & Co., LLC and Roth Capital Partners, LLC are not registered as investment dealers in any Canadian jurisdictions and, accordingly, did not, directly or indirectly, solicit offers to purchase or sell Units in Canada.

GoldMining Inc. is a public mineral exploration company focused on the acquisition and development of gold assets in the Americas. Through its disciplined acquisition strategy, GoldMining now controls a diversified portfolio of resource-stage gold and gold-copper projects in Canada, U.S.A., Brazil, Colombia and Peru.