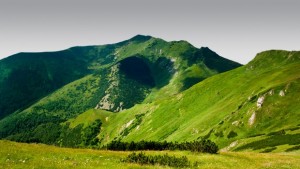 Global Minerals Ltd. (TSX-V:CTG) (OTCBB:GMLFF) is pleased to announce that it has received the initial operating permit for mining, milling and concentrate production at its 100%-owned Strieborna high-grade silver/copper/antimony project in Slovakia. The permits have been granted after approval of an Environmental Impact Assessment and Plan of Operations reviewed by the appropriate local authorities and made available for public comment.

Bill Pincus, Global’s CEO, said, “Since pumping out and refurbishing the mine, this is our most critical achievement to date. The permits will allow us to complete test mine studies for a full feasibility study and can eventually be amended to allow the start-up of operations once the company has received a tailings disposal permit.”

Under the terms of the operating permit the Company may mine and concentrate up to 85,000 tonnes of ore per year from underground operations. The permit currently restricts mining to approximately 20m below the rehabilitated Level 6. The Company has already applied for an amendment to allow mining to 10m above Level 6. Global anticipates approval of the amendment by this summer at which point it is likely to run a small test mine. This will allow for better evaluation of mining conditions and to satisfy certain requirements of our mining license.

The Company is also pleased to report that the underground drifting (mining) on Level 6 has recently intercepted a 6.1 m intersection of the Strieborna vein that exhibits abundant tetrahedrite, the sulphide mineralization that contains most of the silver, copper and antimony (see photos, http://globalminerals.com/gallery/may-2014/). The objective is to investigate and collect a 500 tonne bulk sample of the vein on this upper level that had never been previously explored underground. The bulk sample results including assays and metallurgy will be used for the technical studies and the future mine plans.

The Company is also pleased to report that recent bench-scale leach tests to evaluate the production of byproduct antimony from the Strieborna vein concentrate indicate that antimony extractions of up to 99%, and mercury extractions of up to 98% can be achieved through leaching. The process also indicates that virtually all of the silver and copper remained in the residual high grade concentrate for smelting. The mercury, dissolved into solution can be effectively precipitated for safe disposal. The studies will continue in order to define and cost-out the most efficient and economic process using these techniques.

Strieborna is a high-grade silver/copper/antimony vein deposit in an historic mining district near the town of Roznava in eastern Slovakia. It has excellent expansion potential over and above the already well-defined resource. Significant infrastructure at site includes a working shaft and hoisting system, extensive underground access through a series of drifts, crosscuts and tunnels and associated surface facilities.