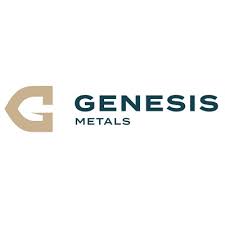 Genesis Metals Corp. (TSX-V: GIS) reports results for the drilling program announced on April 21, 2021, at its Chevrier Gold Project in the Chibougamau Mining Camp of the Abitibi Greenstone Belt, Quebec. A total of 4880 metres in 23 holes were drilled.

In addition, 3412 metres in 18 holes (including 1 hole that was restarted after encountering a fault at 76 metres down hole) were drilled to test a series of exploration targets in an overburden covered area east of the Chevrier East Deposit as described in the April 21, 2021 News Release. Although intervals of highly strained mafic to intermediate volcanic rocks, metasediments and mafic intrusives were observed, locally exhibiting alteration quartz-carbonate veining, only anomalous gold mineralization was identified.

Significant weighted average drill intercepts are presented in Table 1 and a more detailed description of drill holes is provided below. Drill hole locations are shown on Figure 1 and Figure 2. Based on the results of this work the Company is planning its next phase of drilling on the property and is updating its mineral resource model. Additionally, its previously announced surface program (June 30, 2021 News Release) is ongoing.

* Insufficient drilling has been completed to definitively determine true thickness; true thickness is estimated to be between 67-97% for holes GM-21-109A to -112 based on angle to core axis and 3D interpretation; intervals column may not add due to rounding; **Length weighted average grades are calculated with un-capped gold assays. Average widths are calculated using a 0.10 g/t gold cut-off grade with up to 3 m of internal dilution of zero grade; narrow intervals that meet these criteria may not be reported.

The Company is pleased to announce that Muriel Dian de Mello, CPA has been appointed CFO of Genesis as of August 31, 2021. Muriel joins the Company from Corex Management Inc., a boutique firm that provides accounting and corporate compliance services to publicly traded companies listed on the TSX Venture Exchange. She has over ten years of progressive accounting and administration experience, with the last five years being focused on senior functions such as preparing IFRS financial statements for clients and managing Corex’ accounting department.

Muriel is a Chartered Professional Accountant (CPA), has a Bachelor in English from the Federal University of Santa Catarina (Brazil) and a Diploma in Advanced Accounting from Langara College (Canada).

Ms. Dian de Mello replaces Lana Safonova who has left the Company to pursue other opportunities.

“We welcome Muriel to the team and thank Lana for her excellent service to Genesis and wish her well in her future endeavours,” stated David Terry, CEO.

Drill hole location and orientation details are provided in Table 2 below and locations are shown on Figures 1 and 2. Cross sections are also provided for GM-109A to 112 via the links below.

The Fox-area drillholes were dominated by leucoxene bearing gabbro with lesser mafic volcanic and tuffaceous intervals in the upper and lower portions of the holes. All four holes cut multiple intervals of gold mineralization associated with high strain and characterized by chlorite-fuchsite-sericite alteration and centimeter to decimeter scale quartz-carbonate +/- tourmaline veining and variable pyrite mineralization ranging from 5-10%.

Based on the results from GM-21-110 and GM-21-112 there is potential in this area to extend mineralization to depth with additional drill holes.

The area east of the Chevrier East deposit was originally prioritized due to the results of the property wide glacial till sampling program carried out in 2019 and follow-up sampling in 2020. Individual holes were sited based on a combination of exploration tools including magnetic low features, induced polarization (IP) chargeability highs, ionic leach soil geochemical anomalies and structural interpretations (April 21, 2021 News Release). These holes were deployed within an approximately 2-kilometre square area (Figure 2). Overburden depth ranged from 2.9 to 25.0 metres, averaging 9.9 metres down hole and was overall significantly thicker than expected and may have impacted the gold in till results interpretation from the previous surveys, particularly in the central and western parts of the target area. Reassessment of this data will be carried out prior to additional exploration for the source of the significant gold-in-till anomalies in this area.

The Company will continue to monitor the evolving COVID-19 situation and intends to comply with all government directives. Genesis Metals Corp. has enacted protocols designed to inhibit the spread of the COVID-19 virus to safeguard the health and safety of local communities and its workforce.

The Company follows industry standard procedures for the work carried out on the Chevrier project, with a quality assurance/quality control program. Blank, duplicate, and standard samples were inserted into the sample sequence sent to the laboratory for analysis. Genesis detected no significant QA/QC issues during review of the data.

The Qualified Person for this news release for the purposes of National Instrument 43-101 is André Liboiron, P. Geo., Exploration Manager. He has read and approved the scientific and technical information that forms the basis for the disclosure contained in this news release.