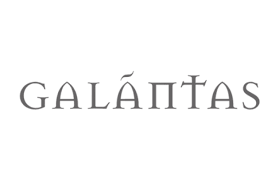 Galantas Gold Corporation (TSX-V:GAL) (AIM: GAL) (OTCQX: GALKF) is pleased to announce results for three holes from its ongoing 4,000-metre drilling program at the Omagh Project in Northern Ireland. All three holes were drilled from the underground development at the Kearney Vein.

Mario Stifano, CEO of Galantas, commented: “The ongoing drilling program has now successfully demonstrated the dilation zone model* at both the Kearney and Joshua veins with multiple high-grade intercepts including 17.4 g/t Au and 74.6 g/t Ag over 13.1 metres, and 10.1 g/t Au and 93.5 g/t Ag over 6.5 metres. Ongoing development of the underground decline will facilitate deeper drilling and more precise targeting of dilation zones to the south at Kearney, planned later this year. Drilling is also planned from the 1084 level, with the aim of identifying and delineating new dilation zones to the north at Kearney.

“The Company has successfully commissioned the secondary egress and has now commenced blasting of our first stope at Omagh. The timeline to transition Galantas to an underground gold miner has taken longer than initially expected but the commitment and focus by the Galantas team to build and train a workforce, rehabilitate the mine and mill, secure critical mining equipment while also drilling some of our best intercepts to date is no small accomplishment. The Company is reviewing our mine plan and production guidance for the next 16 months including the timing to advance development to the higher grade Joshua Vein to provide multiple mine headings as well as underground drill platforms to extend the mineralization to depth and test new targets.”

*Dilation zones which have potential for higher widths of mineralization have previously been identified within the Kearney underground development and are believed to be linked on shallow north-dipping planes.

Scientific and technical disclosures in this press release have been reviewed and approved by Dr. Sarah Coulter, who is considered, by virtue of her education, experience and professional association, a Qualified Person under the terms of NI 43-101. Dr. Coulter is not considered independent under NI 43-101 as she is the Chief Geologist of Galantas Gold Corporation.