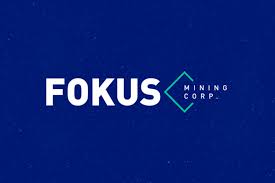 TABLE WITH RESULTS AND MAP

* Note that drill results are presented uncapped and lengths represent core lengths. True width is estimated to be greater than 75% in the Moriss zone. True widths at the Hendrick Zone are currently unknown. 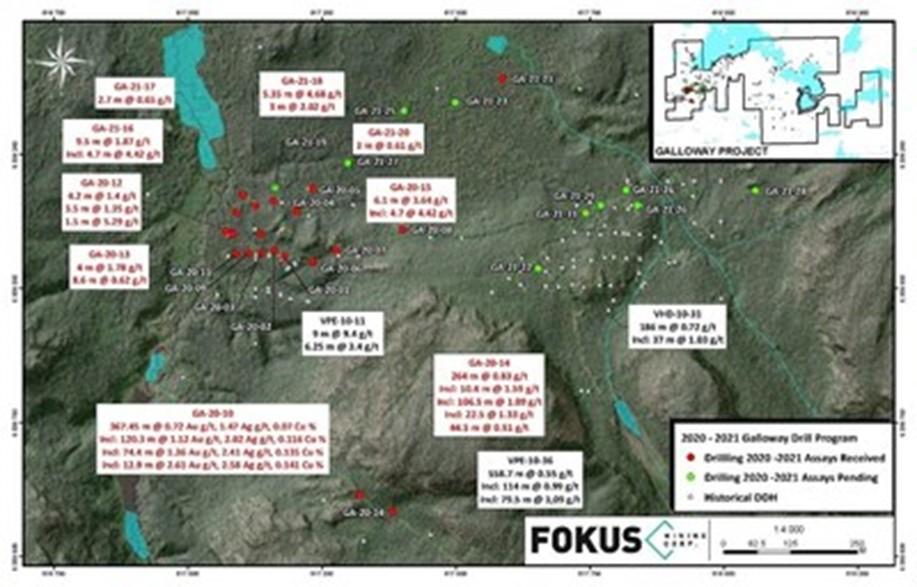 *Gold equivalent grades are for comparative purposes only. Calculations are uncut and recovery is assumed to be 100% as no metallurgical data are available. The metal prices including: US$1685/oz Gold, US$24/oz Silver, US$4.0/lb. Copper were used for (AuEq g/t). **Lengths are downhole drilled core lengths.

GA-20-14 is located 60 m east of hole GA-20-10 and results for this hole seems to confirm the Au-Cu porphyry nature of the mineralization at the Hendrick zone as well as its continuity. Drill hole VPE-10-36 is located 70 m east of hole GA-20-14 and it has intersected 0.99 g/t Au over 114 m.  Au-Cu porphyry deposits are not frequent in the Abitibi Greenstone Belt but are the main type of deposits sought in the Canadian Western Cordillera. A resource over 100M oz. Au is now being developed in British Colombia and Yukon with grades varying between 0.20 and 0.60 g/t Au. A study by the Ministère de l’Énergie et des Ressources naturelles du Québec (EP-2007-01) concluded that many mines of the Chibougamau mining district are Au-Cu porphyry deposits. In the same study, the Baie Renault syenite was determined as a high –favorability zone and exploration target for Au-Cu porphyry deposit.

Jean Rainville, CEO and President states:  “the region has an illustrious mining history and we have just only scratched the surface in terms of exploration potential of this large Galloway property, the Company’s flagship .There are so several  targets to be tested from Hendrick to GP and Hurd and many more new targets identified with the recent geophysical survey including one very large never tested anomaly located less than on kilometer from Hendrick that will be tested later this year. As we indicated, we still do not have the copper and silver assays for GA-20-14 but there is evidence of such mineralization in the drill core which reinforces our view that this zone represents a copper-gold porphyry type of mineralized system.”

As the drilling program progresses well, despite accumulated continued backlog at the laboratories, the Company believes to be in a position to revisit the resource estimate on the GP zone produced in 2012 and produce a resource estimate as well on the Hendrick sector before the end of calendar 2021. Note that in 2012, an independent consulting firm produced an NI43-101 report on the GP zone: near surface indicated resource of 240,000 ounces of gold and an inferred resource of 32,000 ounces of gold (Mineral Resource Technical Report, Galloway Gold Project, Quebec, Canada, SRK Consulting, 2012).

The Company also intends to carry preliminary metallurgical tests in the Hendrick zone similarly to the testing completed on the GP sector in 2012 and the Hurd sector in 2013.

Drill core is logged and split with half-core samples packaged and delivered to AGAT Laboratories. Samples are dried and subsequently crushed to 75% passing a 2 mm mesh screen. A 250g subsample is pulverized to a nominal 85% passing 75 microns mesh screen. The remaining crushed sample (reject) and pulverized sample (pulp) are retained for further analysis and quality control. All samples are analysed by Fire Assay with an Atomic Absorption (AA) finish using a 50g aliquot of pulverized material. Assays exceeding 3 g/t Au are re–assayed by Fire Assay with a Gravimetric Finish. Fokus inserts 3rd party independent control reference samples and blank samples regularly in the sample stream to monitor assay performance. Fokus internal control samples represents approximately 10% of the total samples sent for assays. Fokus is planning to perform duplicate sampling at a certified secondary control laboratory. This press release was compiled and approved by Gilles Laverdière, P. Geo. and Qualified Person under National Instrument 43-101.

The Galloway project covers an area of 2,865.54 hectares and is located just north of the Cadillac-Larder Lake deformation which extends laterally for more than 100 km. Numerous gold deposits are related to that structure and its subsidiaries. The current work focuses on a small western portion of the mineral claims where several mineral occurrences have been identified.