Drillhole FSDH057 ended prior to reaching target depth, with the final 11.1m of the hole returning 17.6% CuEq

Commenting on the results, Jamie Beck, President and CEO stated, “A remarkable result; hole 57 extends the bonanza-grade Breccia 41 mineralization another 175m to the north, building on the potential volume of this extremely high-grade rock. Prior to reaching target depth, the hole ended in the highest-grade copper we’ve ever reported at Filo del Sol.”

The hole intersected rhyolite volcaniclastics and microdioritic dykes up to 320m, followed by phreatomagmatic and magmatic-hydrothermal breccias along with porphyry bodies. Advanced argillic alteration and silicification are present throughout the hole accompanied by A, B and D type porphyry and epithermal veining. Both alteration and mineralization patterns confirm continuity of the high-grade Breccia 41 zone intersected in holes FSDH041 and FSDH054 to the south. The entire hole is outside of the resource shell.

Drilling is ongoing with 7 diamond drill rigs, in addition to a reverse circulation rig, and several holes are currently underway. Holes are designed to explore the area around the high-grade intersection in FSDH041 from the 2020/2021 season, along with some moderate step-outs to test continuity of the Aurora zone, and larger step-out holes to continue to try to find the edges of the mineralized zone. Holes that have now been completed with assays pending include:

The scientific and technical disclosure for the Filo del Sol Project included in this news release have been reviewed and approved by Bob Carmichael, B.A.Sc., P.Eng. who is the Qualified Person as defined by NI 43-101.  Mr. Carmichael is Vice President, Exploration for the Company. Samples were cut at Filo Mining’s operations base near the town of Guañizuil, Argentina by Company personnel. Diamond drill core was sampled in 2 metre intervals (except where shortened by geological contacts) using a rock saw for sulphide mineralization. Oxide mineralization was cut with a core splitter in order to prevent dissolution of water-soluble copper minerals during the wet sawing process. Core diameter is a mix of PQ, HQ and NQ depending on the depth of the drill hole. Samples were bagged and tagged and packaged for shipment by truck to the ALS preparation laboratory in Mendoza, Argentina where they were crushed and a 500g split was pulverized to 85% passing 200 mesh. The prepared samples were sent to the ALS assay laboratories in either Lima, Peru or Santiago, Chile for copper, gold and silver assays, and multi-element ICP and sequential copper analyses. ALS is an accredited laboratory which is independent of the Company. Gold assays were by fire assay fusion with AAS finish on a 30g sample. Copper and silver were assayed by atomic absorption following a 4 acid digestion. Samples were also analyzed for a suite of 36 elements with ICP-ES and a sequential copper leach analysis was completed on each sample with copper greater than 500ppm (0.05%). Copper and gold standards as well as blanks and duplicates (field, preparation and analysis) were randomly inserted into the sampling sequence for Quality Control. On average, 9% of the submitted samples are Quality Control samples. No data quality problems were indicated by the QA/QC program.

Mineralized zones within the Filo del Sol deposit are typically flat-lying, or bulk porphyry-style zones and drilled widths are interpreted to be very close to true widths. Additional drilling is required to estimate the true width of the bonanza grade mineralization within Breccia 41.

Filo Mining is a Canadian exploration and development company focused on advancing its 100% owned Filo del Sol copper-gold-silver deposit located in Chile’s Region III and adjacent San Juan Province, Argentina. The Company’s shares are listed on the TSX and Nasdaq First North Growth Market under the  and on the OTCQX. Filo Mining is a member of the Lundin Group of Companies. 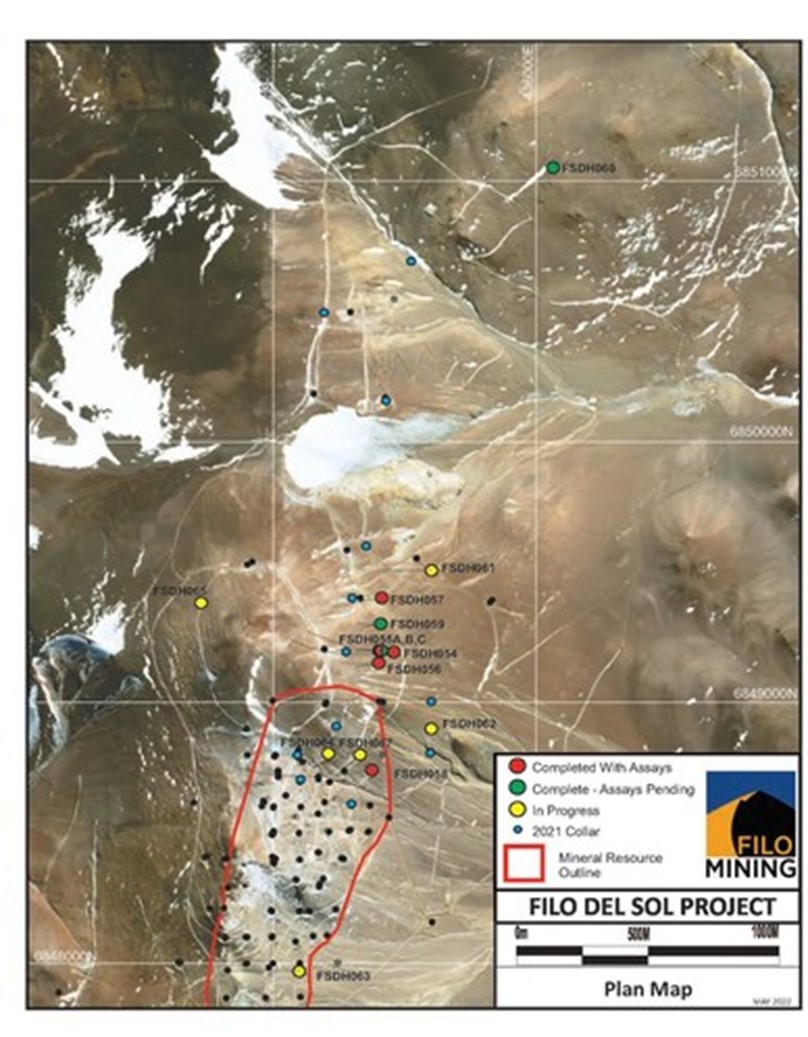 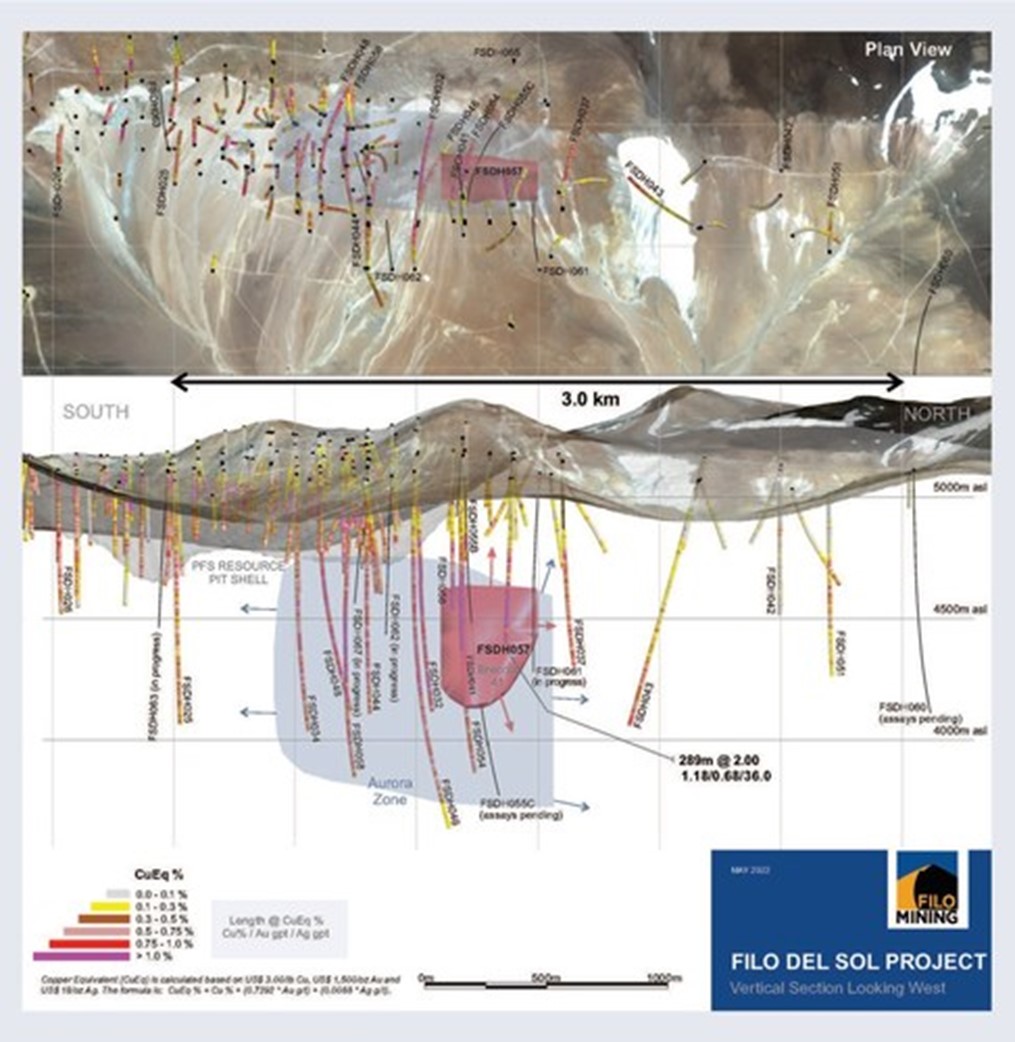