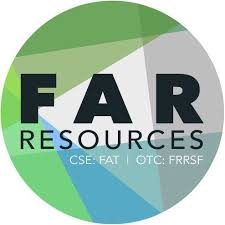 Far Resources Ltd (CSE:FAT) (FSE:F0R) (OTC:FRRSF) and partners BattMat Technologies  and Electric Blue Power are excited to announce the formation of BattMat USA Corp (BMUSA), in which Far now has a 26.1% shareholding. BMUSA is a Delaware corporation that will advance and commercialize technologies that arise from the Far/BM/EBP joint venture, commencing initially with the VAB Controller©, the first technology developed by Lee Wheelbarger, EBP’s Chief Technology Officer. As reported, the VAB Controller© — a system for managing batteries and other vehicle functions in cold and other challenging conditions, as well as management of related vehicle data — is currently entering pre-commercial testing. The majority of funds contributed to date by Far will be used for testing prototypes on a variety of vehicle types in various weather and use case scenarios (see news dated January 22, 2020 and January 30, 2020).

Murray Seitz, Far’s Director of Strategy, explains: “We have been working closely with BattMat and Electric Blue Power and their principals for several months in determining the optimal business structure to develop the technologies funded by Far to commercialization. All three parties have agreed to the formation of BMUSA as the appropriate vehicle. With early commercial success of the VAB Controller©, the need for future funding may be decreased, while still allowing Far, through its ownership of BMUSA, to receive the benefits of future products and projects based on its current ownership stake, without necessitating its funding of a given future technology (subject to possible dilution in favour of third party funding).”

Through its investment of US$77,500, which has been used principally towards development of the VAB Controller©, Far’s stake in BMUSA has been increased to 26.1%. Far has the first right to invest an additional $121,500 to thereby increase its ownership and — and hence its share of all future revenues — to approximately 34%. Far will continue to have the first right to provide, or to arrange through third parties for, funding for additional technologies so as to further increase its BMUSA ownership stake. Far, BM and EBP will own positions in BMUSA, which will hold licenses from EBP for the technologies financed through BMUSA. The terms of this agreement will supersede the agreement announced by Far on July 23, 2019.

As long as required minimum payments are made to EBP by BMUSA, BMUSA will continue to have a first right to advance, license and commercialize technologies and products from EBP benefitting Far as its shareholder. If Far declines to provide required financing, BMUSA can proceed to obtain financing from third parties.

EBP President and CTO, Lee Wheelbarger remarked: “Reliable funding is critical to the development of the EBP products, allowing us to focus more on product development and less on financing. Working with Far, BM and the groups they bring to the table has been invaluable in developing the VAB Controller© for the benefit of Far and EBP, and we only see the benefits of this relationship growing.”

Far also announces that Mr. Eddy Yu is stepping down as the company’s Chief Financial Officer for personal reasons. Eddy joined the team to assist with the company’s turnaround and restructuring over the last year. Far would like to thank Eddy for his hard work and wishes him well in future endeavours.

Far Resources Ltd. is a Canadian battery and technology metals exploration and development company with lithium exploration projects in Canada and the USA. In Canada, Far is advancing its Zoro Lithium Project, located in the mining-friendly Snow Lake region of Manitoba. Zoro covers numerous known lithium pegmatite dykes and hosts the company’s 1.1 million tonne resource (0.93% Li2O at a 0.3% cutoff), plus an additional fifty targets. The company also holds a 60% stake in the Hidden Lake Lithium Project in Northwest Territories. In the USA, the company owns the Winston Project in New Mexico, a historic mining property with potential for bonanza-grade silver and gold.

BattMat Technologies Inc. is dedicated to capitalizing on the advancement of battery-focused technologies and applications, including systems for distributed power, marine power and energy storage.