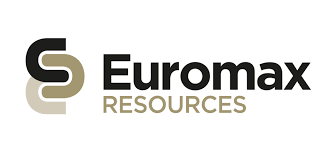 Euromax Resources Ltd., (TSX: EOX) (OTCQB: EOXFF) is pleased to announce that it has closed its previously announced non-brokered private placement financing for gross proceeds of CAD$5,220,000 (USD$4,000,000). Pursuant to the Private Placement, the Company has issued 29,000,000 units each Unit consisting of one common share in the capital of the Company and one Common Share purchase warrant at an offering price of CAD$0.18 per Unit to Galena Resource Equities Limited an entity controlled by Galena Asset Management S.A., which is an affiliate of the Trafigura Group. Each Warrant may be exercised for the purchase of one Common Share at a price of CAD$0.23 for a period of two years following the closing of the Private Placement. The proceeds of the Private Placement will be used for the development of the Company’s Ilovica-Shtuka Copper-Gold Project and for general corporate purposes.

An Early Warning Report will be filed with the applicable securities regulators in connection with Galena’s acquisition of Common Shares, and a copy of such report will be available on SEDAR at www.sedar.com.

Pursuant to the requirements of the Toronto Stock Exchange, the Company has obtained the written consent of 59.97% of its disinterested shareholders in order to allow Galena, should it so choose, to exercise the Warrants issued to it pursuant to the Private Placement, which would result in it holding greater than 20% of Euromax’s issued and outstanding Common Shares. Euromax’s disinterested shareholders have also provided written consent to implement certain amendments (as described in more detail below) to convertible debentures previously issued to CC Ilovitza Limited and the European Bank for Reconstruction and Development which may result in the issuance of an additional aggregate 21,235,218 Common Shares should the outstanding principal amounts of such debentures be converted in accordance with their terms. The Company entered into definitive documentation with the debenture holders in respect of such amendments in connection with closing of the Private Placement, as described in more detail below.

The EBRD, One Exchange Square, London, EC2A 2JN, United Kingdom, entered into the Amendment Agreement for investment purposes. Depending on market conditions and other factors, the EBRD may from time to time acquire and/or dispose of securities of Euromax or continue to hold its current position.  A copy of the early warning report required to be filed with the applicable securities commissions in connection with the EBRD Amendments will be available on SEDAR at www.sedar.com and can be obtained by contacting Ulmas Musaliev at +44 207 338 7224, and Francisco Fortuny at +44 207 338 8439.

Euromax is a minerals development company whose corporate strategy is centered on the development of the Ilovica-Shtuka Project, the company’s core gold and copper development project located in Macedonia. Euromax, through its local subsidiaries, has been involved in the exploration and development of a number projects in south-eastern Europe since January 2011.

Galena Asset Management S.A. is the wholly-owned investment arm of the Trafigura Group, a world leading commodity trading firm, and is authorized and regulated by the Swiss Financial Market Supervisory Authority (FINMA). For more than a decade Galena has operated at the intersection of financial and physical commodity markets, enabling leading institutional investors to access investment opportunities alongside the Trafigura Group through funds or managed accounts. Galena’s portfolio management specialists have built considerable experience in metals, minerals, oil, shipping and infrastructure. Galena acts independently, but derives significant benefits from its relationship with Trafigura, its principal anchor investor.

Galena has unparalleled access to the commercial and technical expertise of the Trafigura Group in the non-ferrous and ferrous space. The investment professionals have the ability to leverage Trafigura’s global presence with 61 offices in 36 countries and rely on the Group’s solid reputation. The fund invests globally and usually intervenes actively in the strategic direction of companies invested in. Trafigura is a limited partner in the fund.