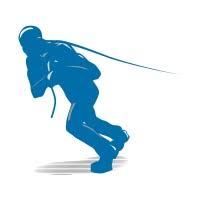 Endurance Gold Corporation (TSX-V: EDG) is pleased to report the first assay results from the 2021 diamond drilling program at the Reliance Gold Property in southern British Columbia. The Property is located 4 kilometres east of the village of Gold Bridge with year-round road access, and 10 km north of the historic Bralorne-Pioneer Gold Mining Camp which has produced over 4 million ounces of gold.

Diamond drill holes DDH21-003 and DDH20-004 were drilled at the same location as two earlier reverse circulation drill holes completed in late 2020 with results reported on February 2, 2021. These diamond drill holes were drilled for the purposes of quality assurance and quality control of the RC drill technique which recovers 100% of the bedrock in the form of comminuted bedrock and rock chips, and to obtain a better geologic examination of the oxidized portion of the newly discovered Eagle Zone mineralization. DDH21-003 was a diamond drill hole which twinned an earlier RC drill hole RC20-014 that had an intersection of 6.1 gpt gold over 12.19 m from the collar. DDH21-004 which twinned RC drill hole RC20-015 which had an intersection of 7.40 gpt gold over 16.8 m including a higher grade interval of 9.70 gpt gold over 12.2 m, with both RC intervals commencing at the RC drill collar.

The two other diamond drill holes DDH21-001 and DDH20-002, on which assays have been received, were drilled at an azimuth of 080 degrees and dip angle of -45 degrees as shown on Figure 1 to provide data for a more rigorous structural and geological control in areas where RC drilling results were difficult to interpret. Due to a steep fault offset interpreted from this drilling, both of these holes have undercut the shallow southwest dipping Eagle Zone which is now interpreted to be offset vertically on the southwest side of this interpreted steep fault as shown on Figure 1. On the southwest side of the interpreted fault the geology is structurally complex package of iron carbonate and sericite altered polymictic mélange, chert, as well as brecciated and sulphidized silicification. These holes continued through the offsetting fault to a total depth of 213 m and 188 m respectively to provide Eagle Zone footwall geology, structural and alteration data.

To date, assay results have been received for 212 of the 1,310 drill core samples that have been submitted for assay analysis. The remaining gold assay results are expected to be received through December and the first quarter of 2022 and will be reported when received.

Endurance Gold Corporation is a company focused on the acquisition, exploration and development of highly prospective North American mineral properties with the potential to develop world-class deposits.